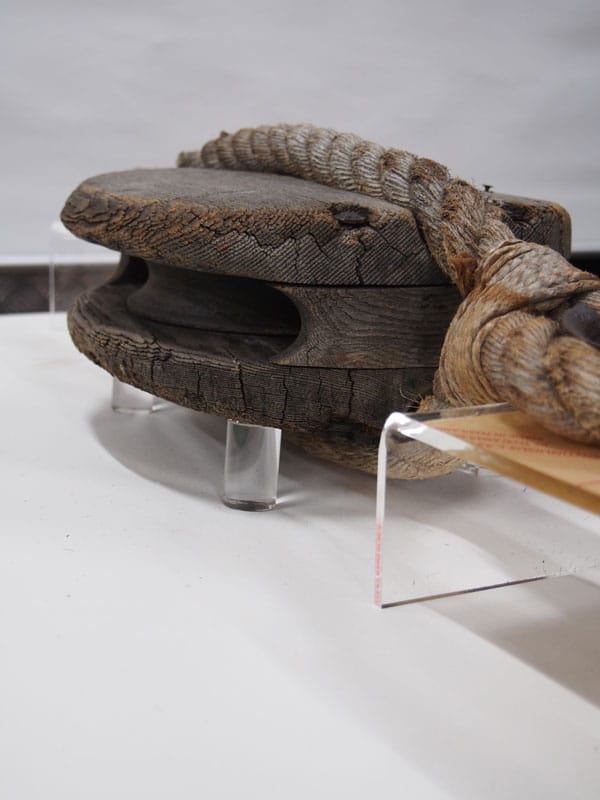 The sheave block is associated with the Sophia Jane, an English-built steamship of local significance in the Port Morpeth area and the first steam-powered vessel to travel between the Hunter River and Port Jackson. O’Sullivan Conservation was contacted by the Morpeth Museum and asked to conserve the sheave block.

Upon examination the block was found to be in good condition for its age, with no visible areas of active corrosion on the metal components. The sheave was still capable of free movement, though the natural fibre ropes had become slightly friable with time and some minor fraying was visible. The treatment goal was to achieve a uniform appearance in keeping with the age of the object and to facilitate its continued preservation.

Conservation of the sheave block involved brush vacuuming and compressed air to remove accumulated lint and dirt, followed by cleaning, degreasing, and dewatering of the accessible areas of the iron components. Those areas were then heated, and microcrystalline wax was applied to improve the visual appearance of the metal and inhibit future corrosion. The frayed sections of rope were secured, and an acrylic display mount was fabricated.

The sheave block was returned to the Morpeth Museum with handling and care recommendations as well as a schedule for condition monitoring. 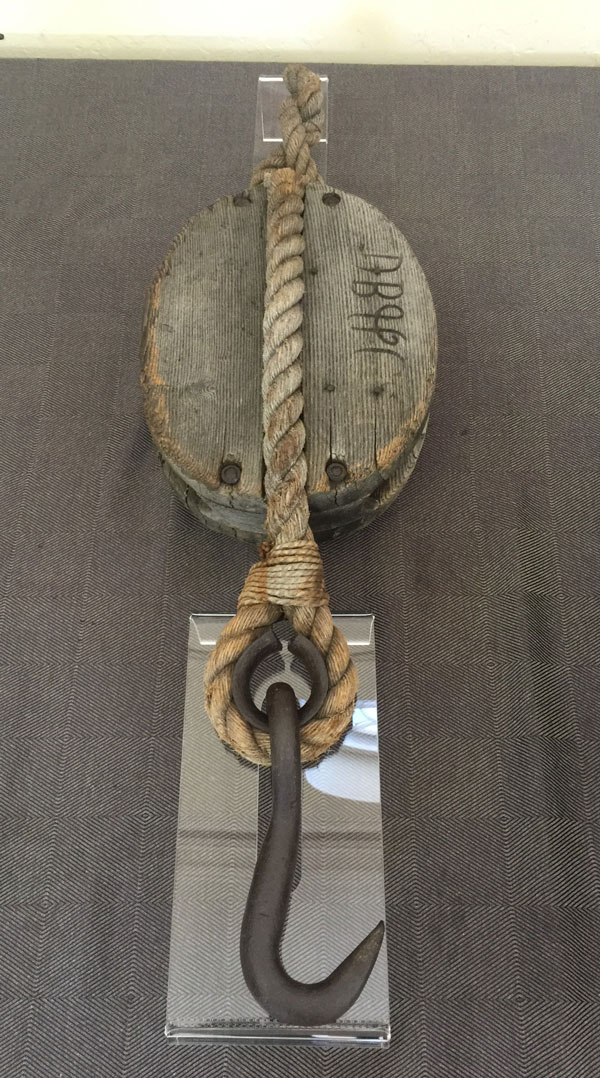 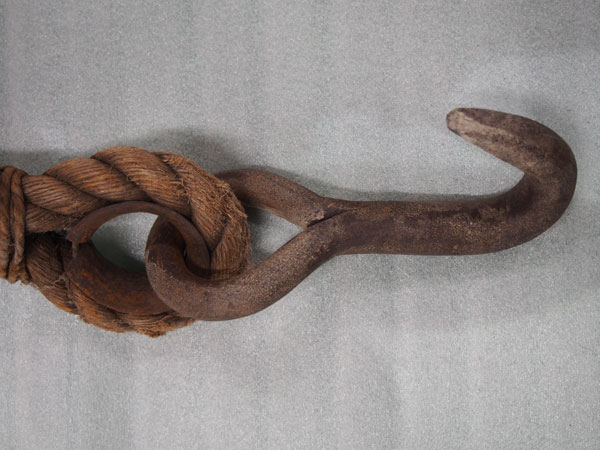 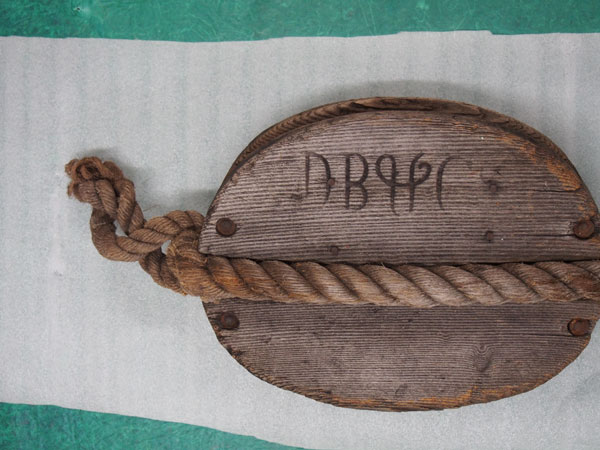