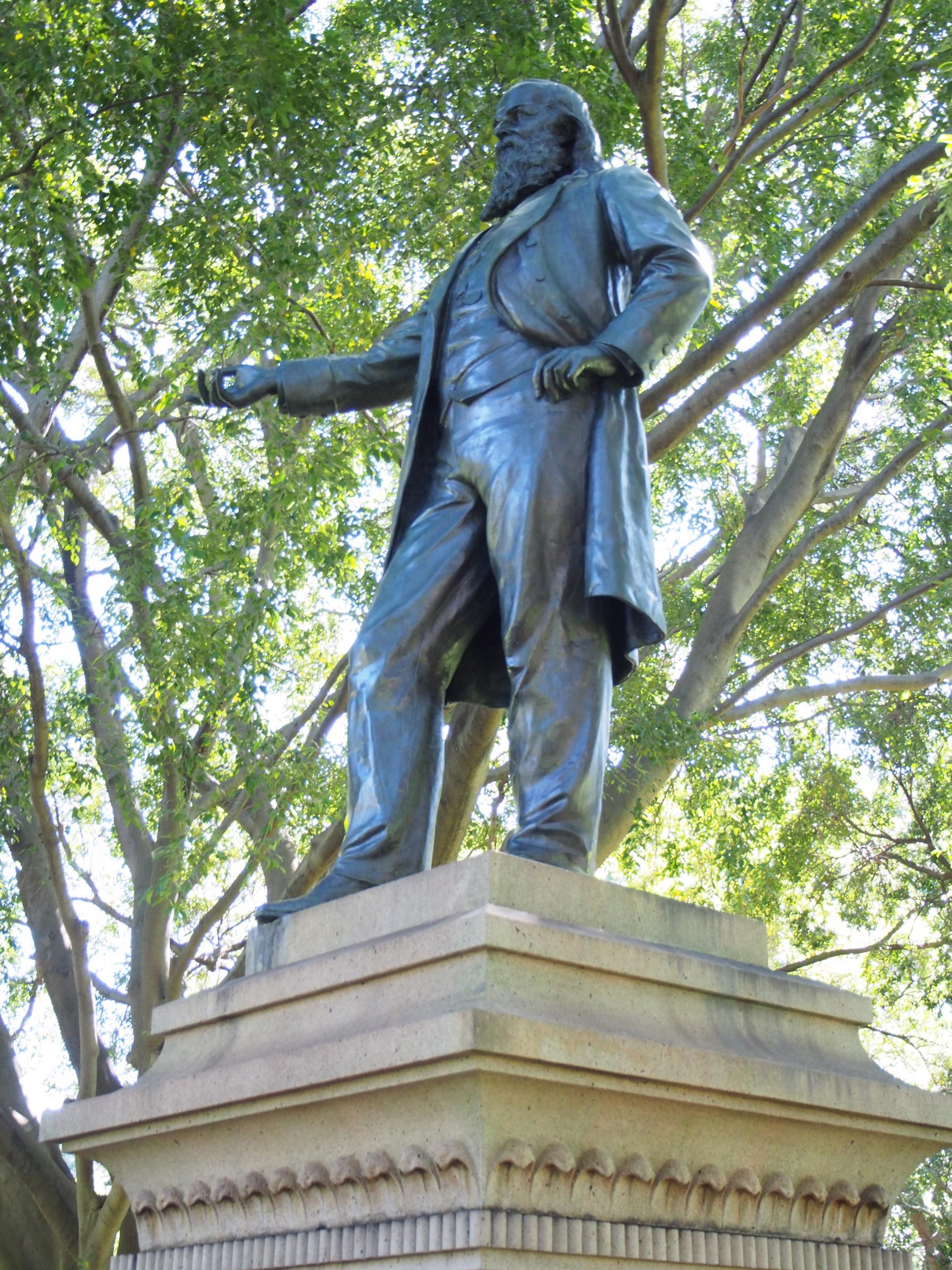 Sir John Robertson (1816 – 1891), was a prominent land reformer and politician best known for his roles as the secretary for lands and as Premier, a post he held four times (1860 – 61, 1875 – 77, 1877, and 1885 – 86). His political career in New South Wales spanned nearly four decades, https://adb.anu.edu.au/biography/robertson-sir-john-4490. The bronze statue of Robertson currently located in The Domain was sponsored by his friends and admirers after his death. Designed by Mr. J. Horbury Hunt, the sculpture was executed by Mr. James White and stands upon a trachyte pedestal inscribed with his name, roles, and the date of installation. Further information about sculptures at the Gardens can be found on their website: https://www.rbgsyd.nsw.gov.au/learn/living-learning/primary-school-resources/garden-art/sculpture-at-the-gardens.

O’Sullivan Conservation was engaged by the Royal Botanic Garden, Sydney to treat the bronze sculpture and stone pedestal, with consideration given to the bees currently occupying the statue. The beehive, purportedly several decades old, is considered an integral component of the sculpture and of utmost importance to the pollination of the gardens. Both the RBG and OSC were careful to ensure that the conservation treatment plan would cause minimal disruption to the bees. A handheld smoker and beekeeping gear were used on-site daily to ensure staff safety and bee placidity.

Both the stone and bronze were initially hand washed to remove considerable accumulations of biological growth, dust, dirt, cobwebs, insect casings, leaf litter, and other debris resulting from the statue’s shaded location. A significant black atmospheric deposit was observed on the bronze following the initial clean, necessitating a meticulous second cleaning. Variations in the revealed patina were selectively reduced, and several concretions were manually removed along with some minor areas of active corrosion. The bronze was given an overall rinse and a corrosion inhibitor applied prior to careful waxing and buffing. Casting flaws and smaller holes in the bronze were filled, and a biocide was applied to the stone. A full report was provided to the RBG by OSC which included recommendations for future care and maintenance. 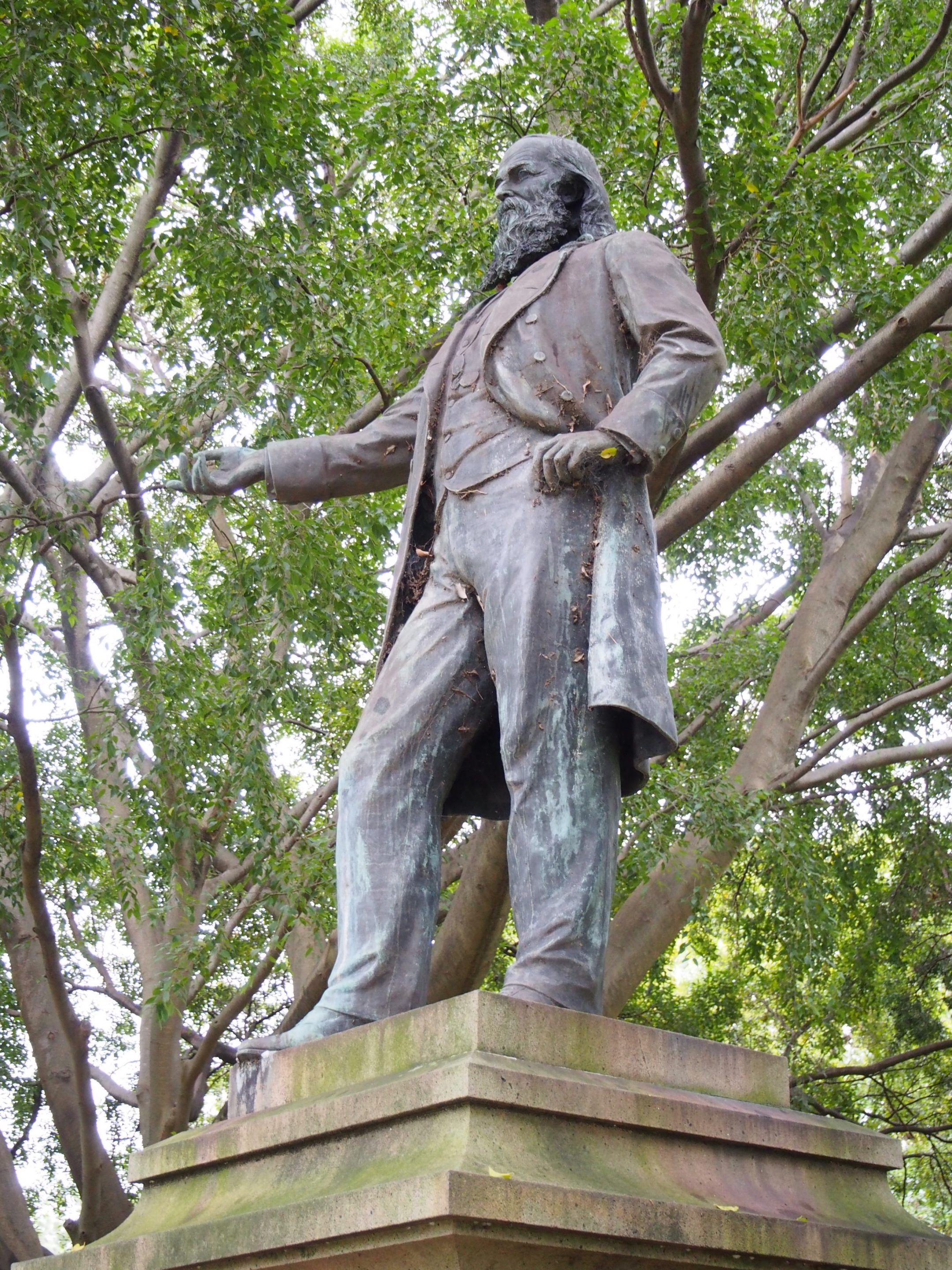 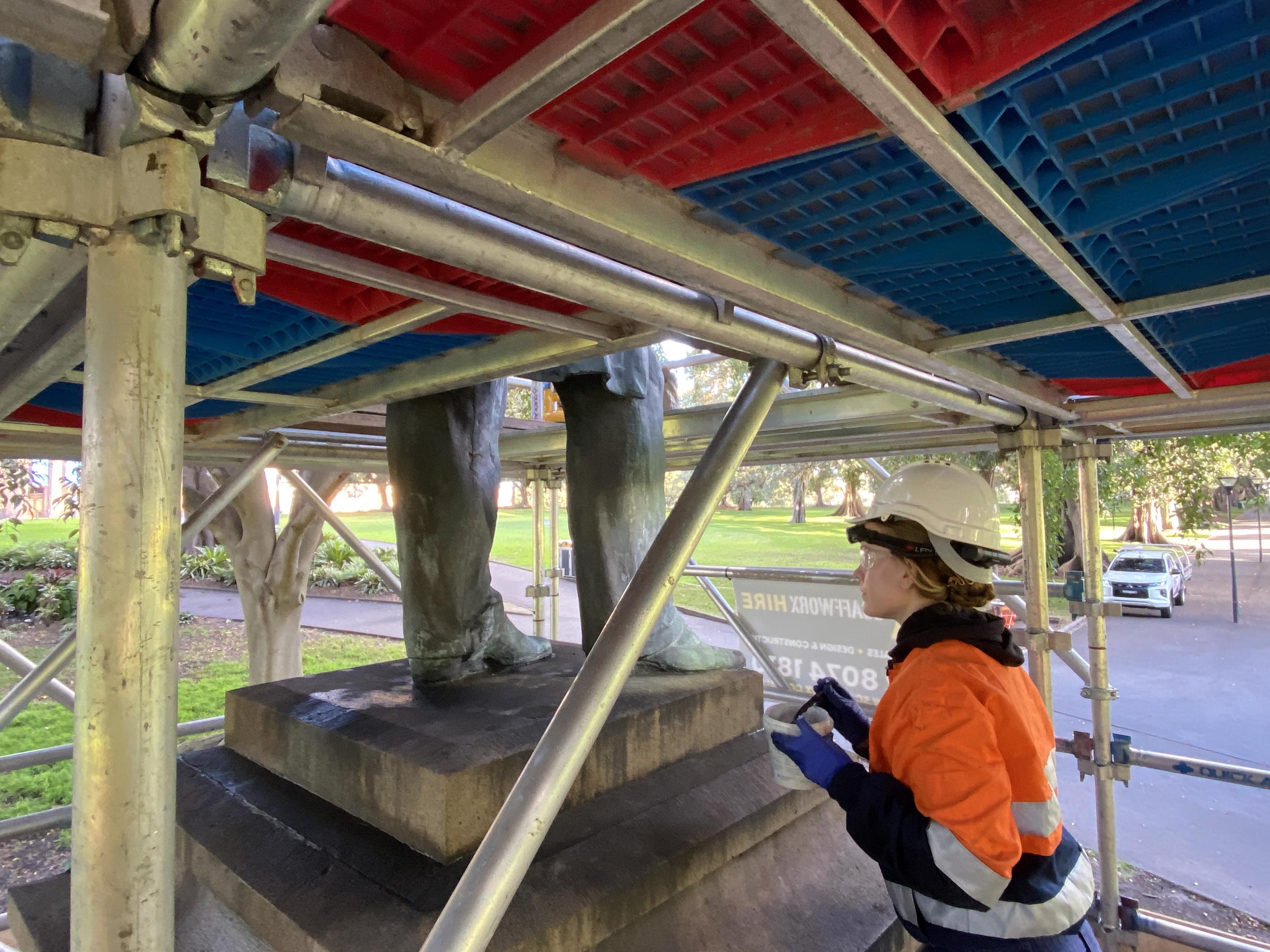 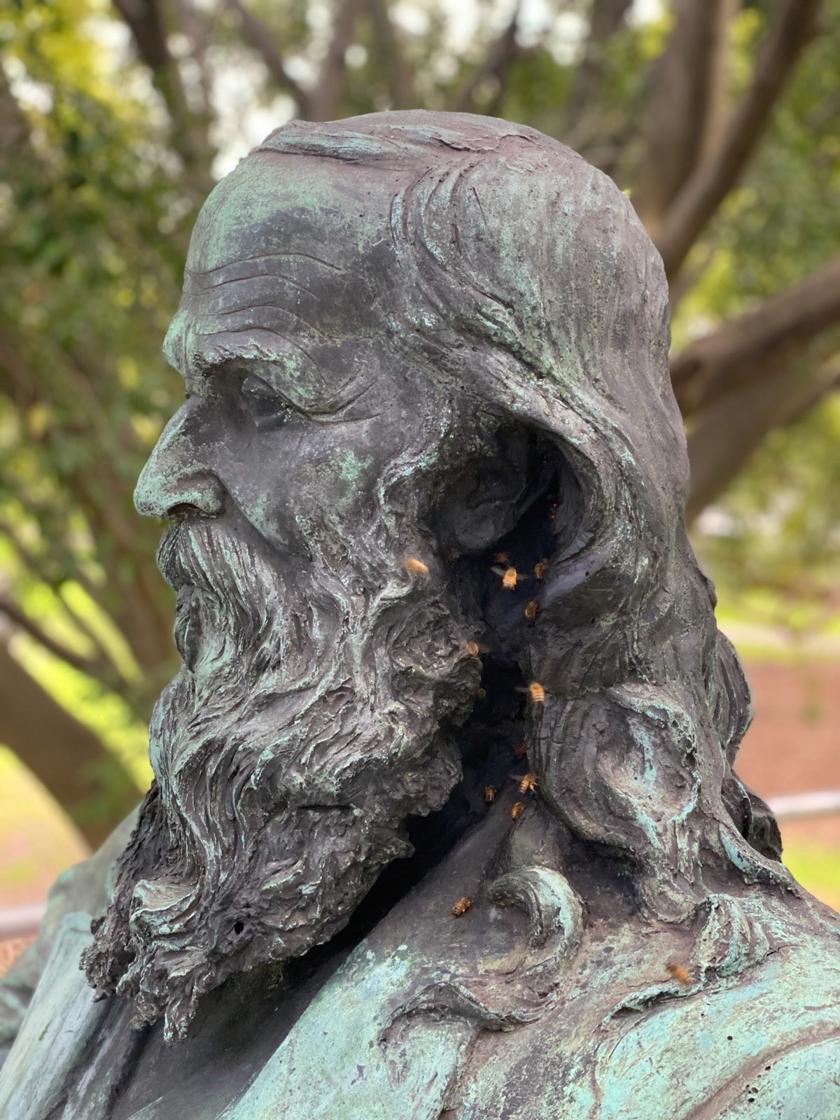 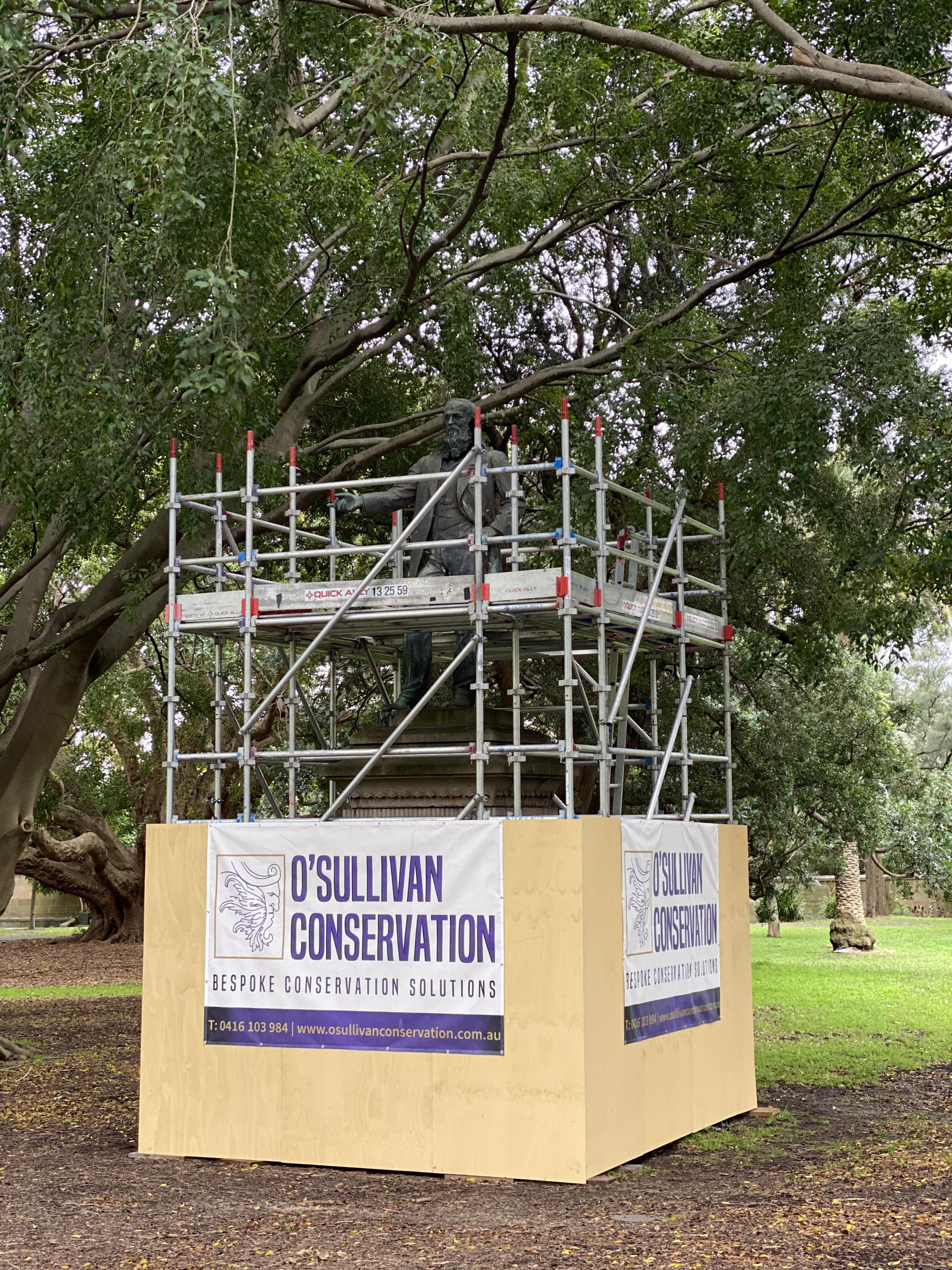 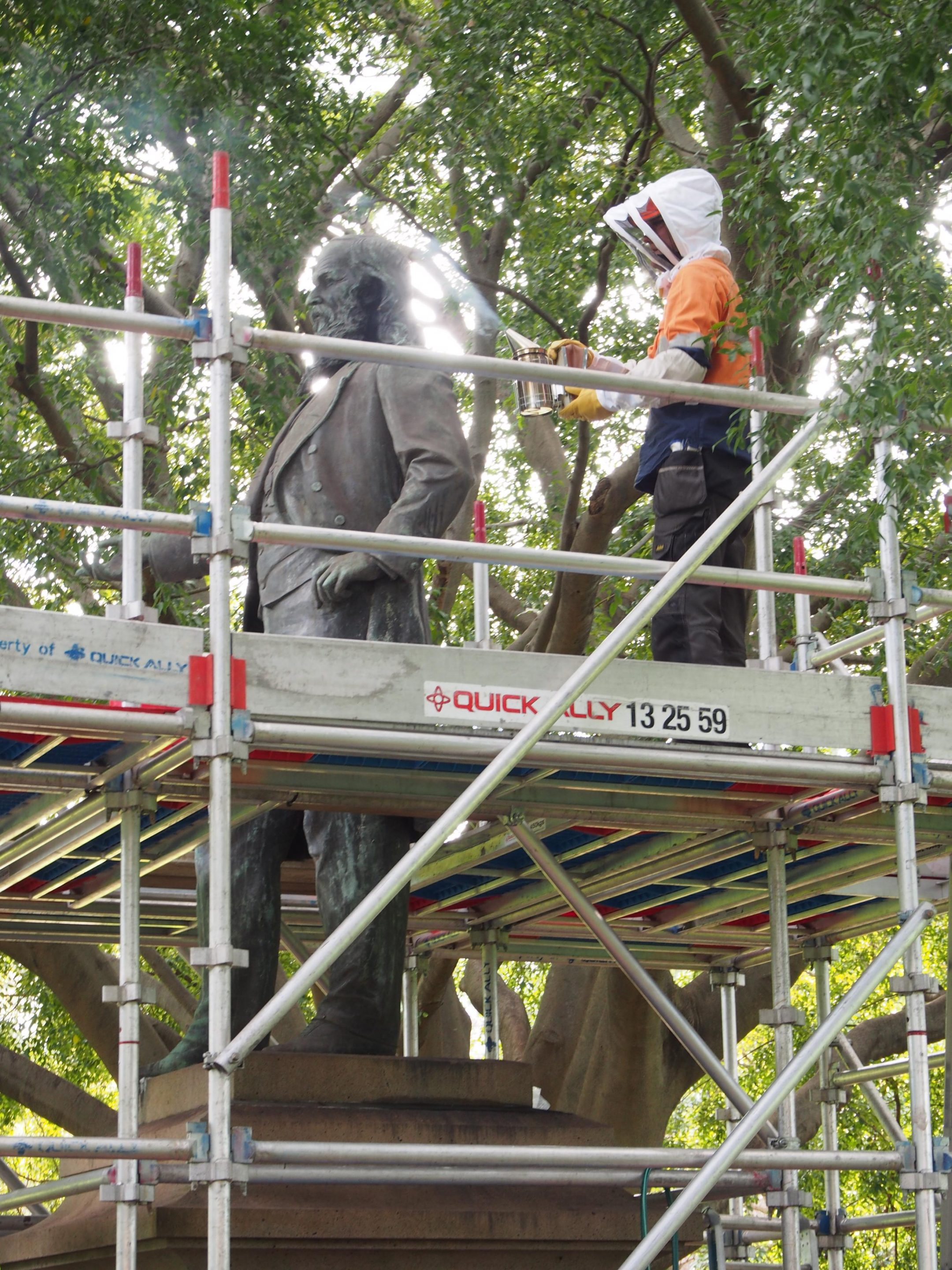 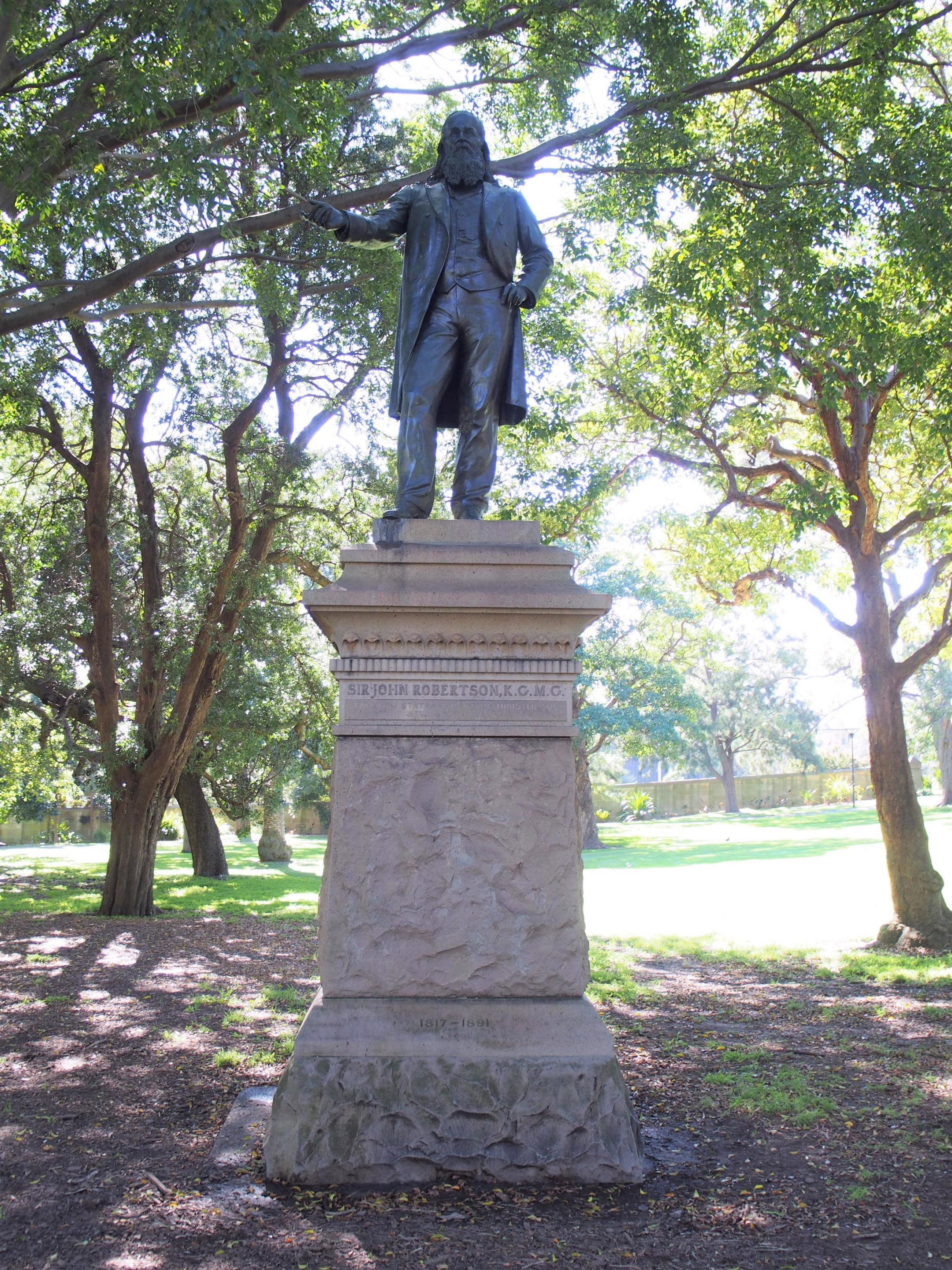 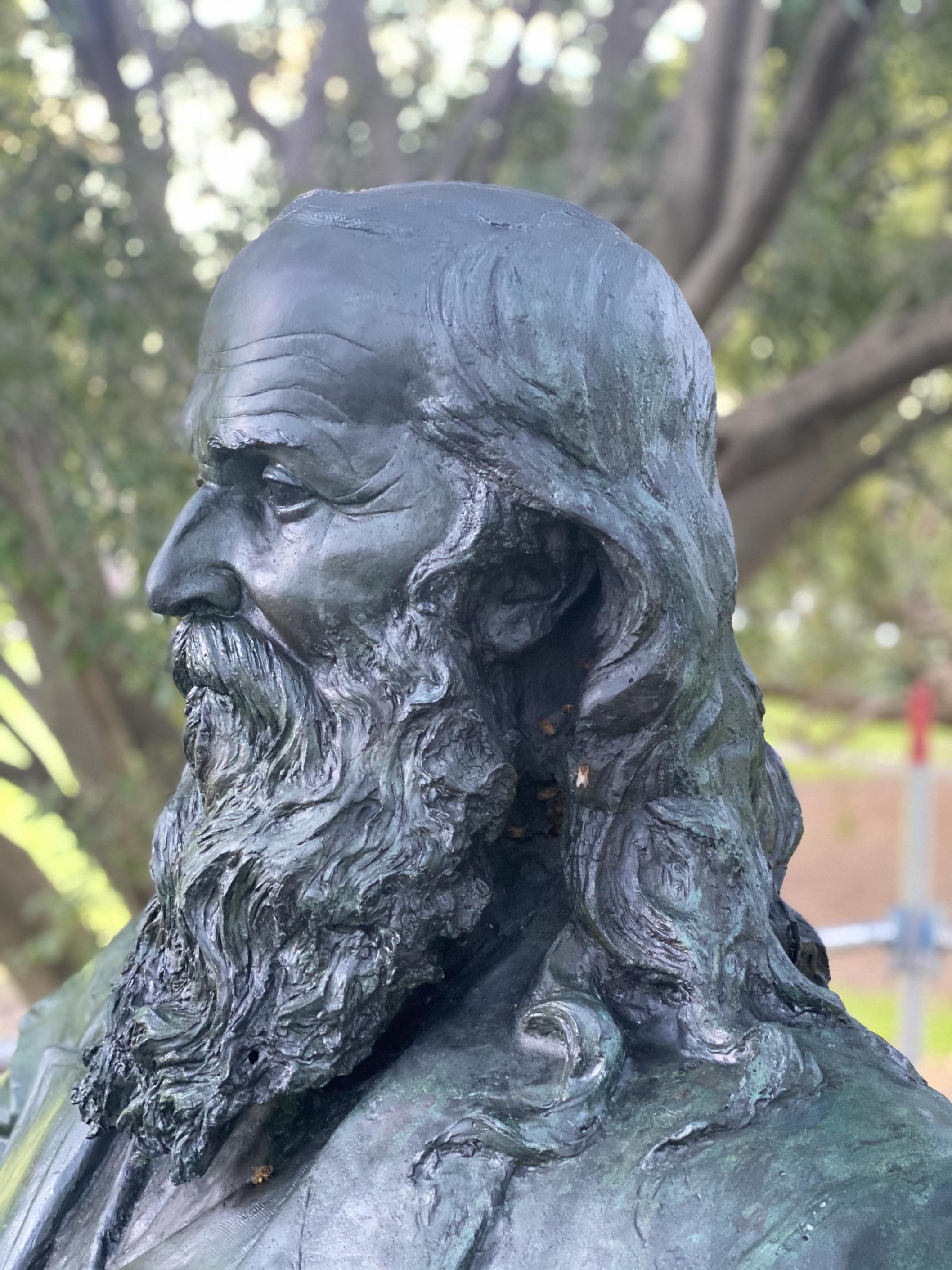 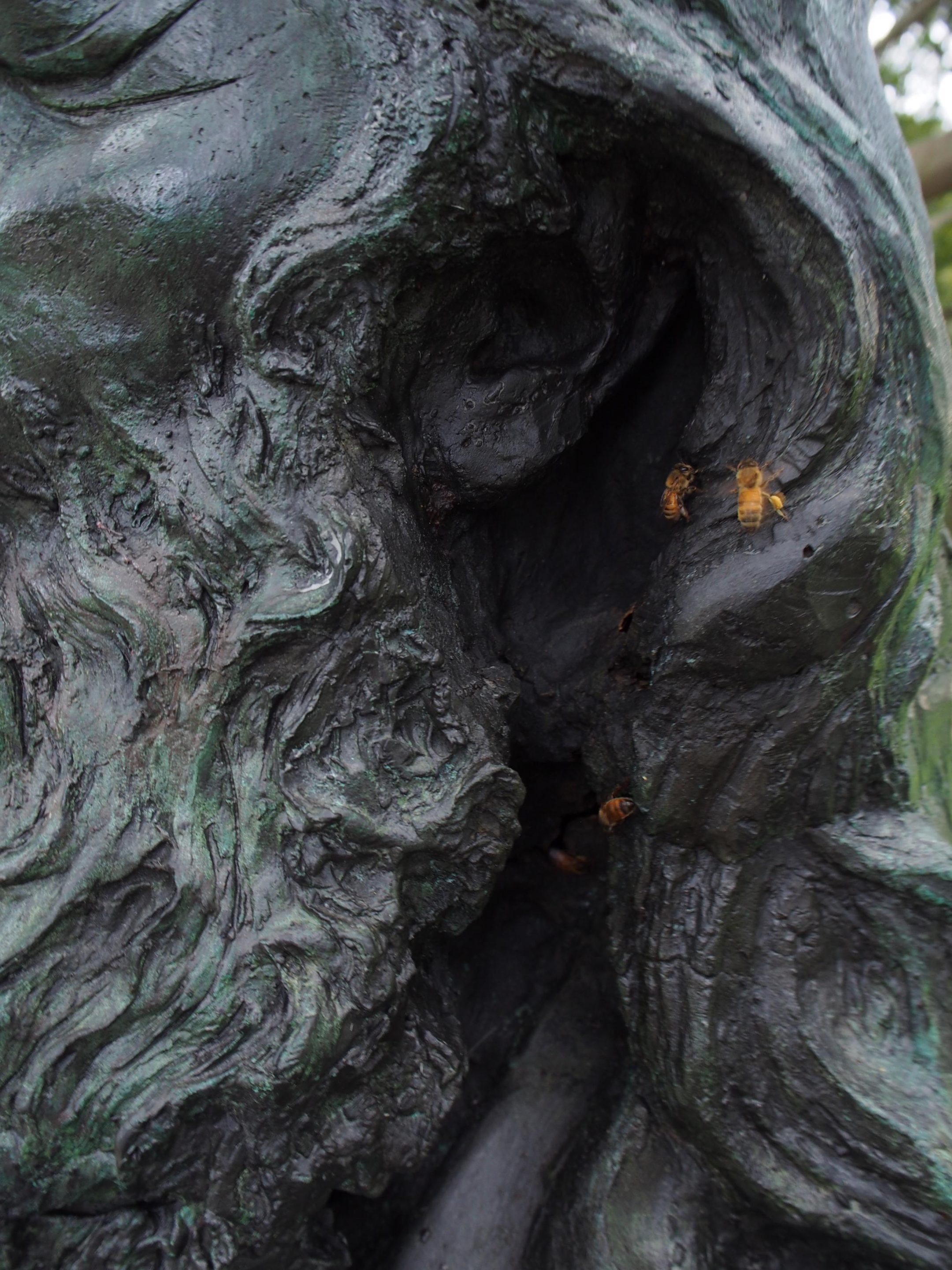