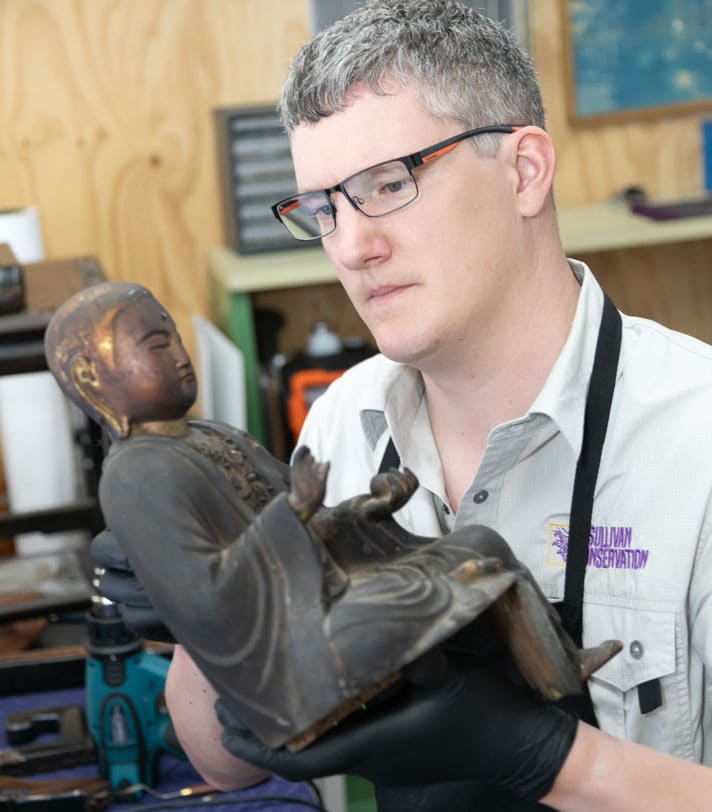 O’Sullivan Conservation was engaged to repair a small gilt wooden statue of a seated Buddha held in a private collection. The statue had been damaged during international transport. The statue exhibited considerable evidence of failing glue joints, contributing to the separation of multiple components from the whole. The statue’s halo (zukó) had detached and its central piece had broken off, showing evidence of previous repair. The glue joints connecting the sections of the plinth base had failed and the base was in multiple pieces. The Buddha’s right hand was in the process of detaching from the body. Given this condition summary, the stated goal of treatment was to restore the statue’s structural integrity and stability.

Following the statue’s arrival at O’Sullivan Conservation’s workshop all break surfaces on the halo and plinth were cleaned. Both the halo and plinth were then reassembled and reattached to the statue with reversible protein glue. Protein glue was also used to stabilise the loose right hand. Gaps in the repaired joins were infilled with pigmented microcrystalline wax and inpainted with black acrylic as necessary. O’Sullivan Conservation returned the Buddha to the client. 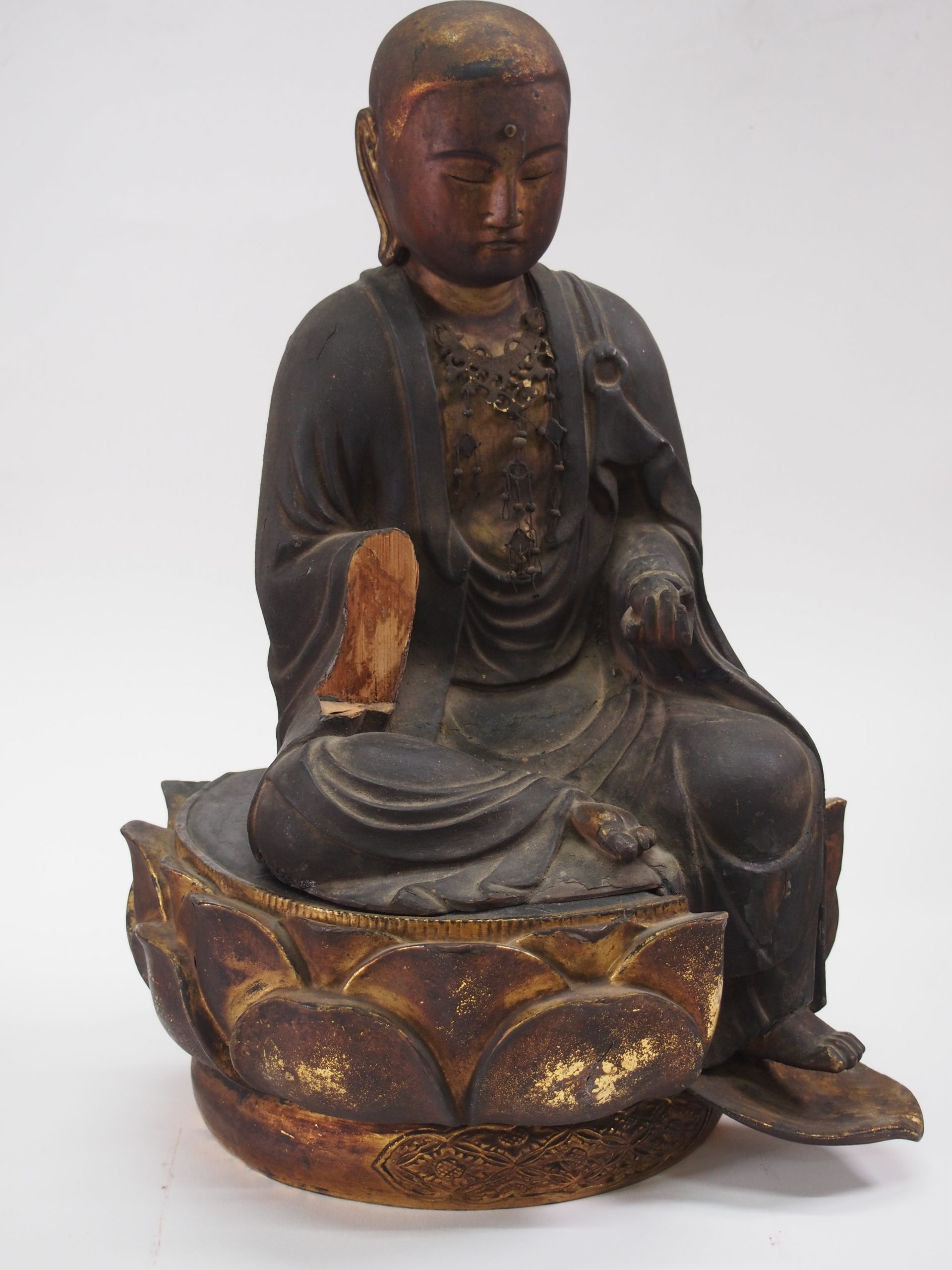 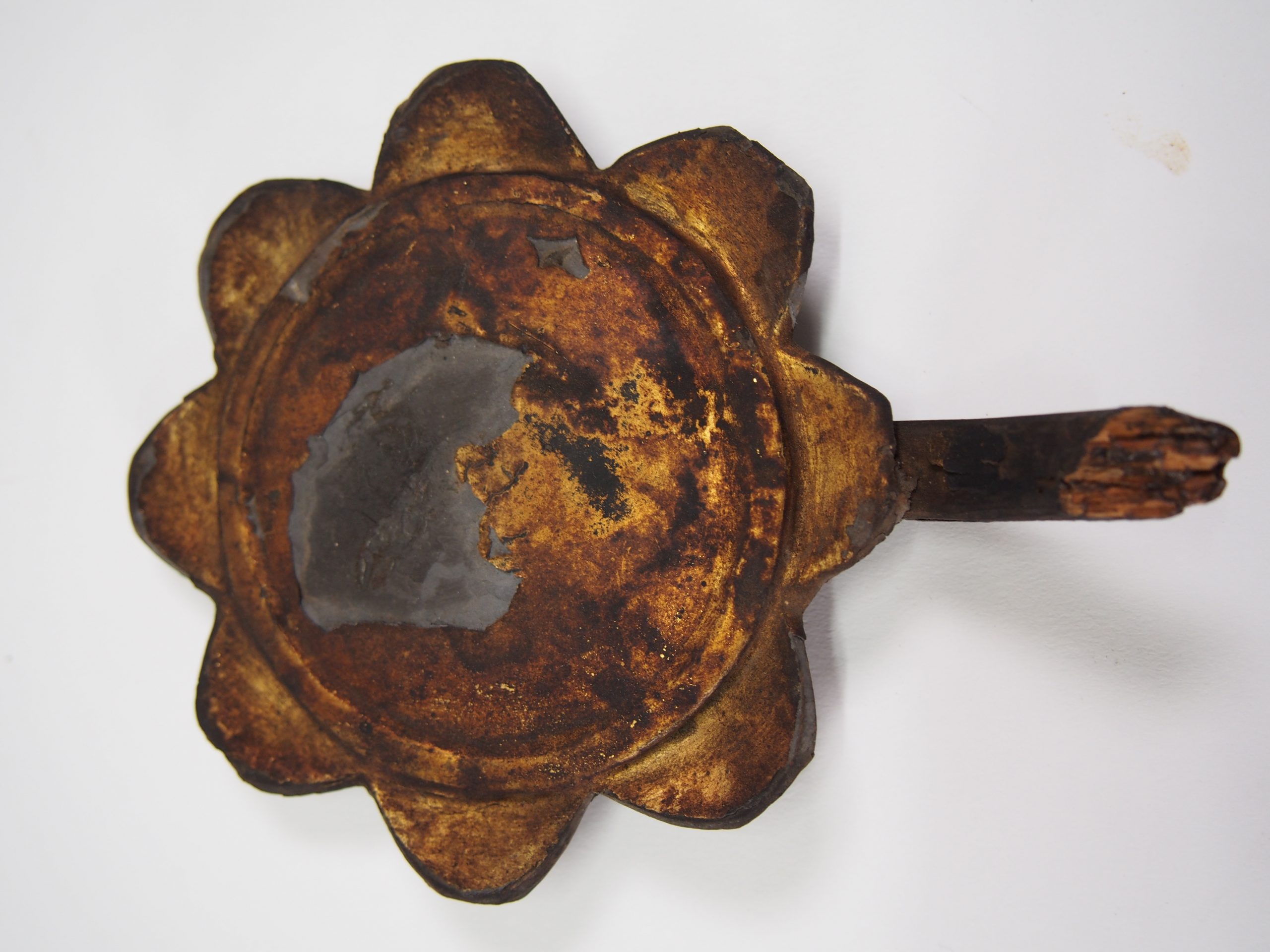 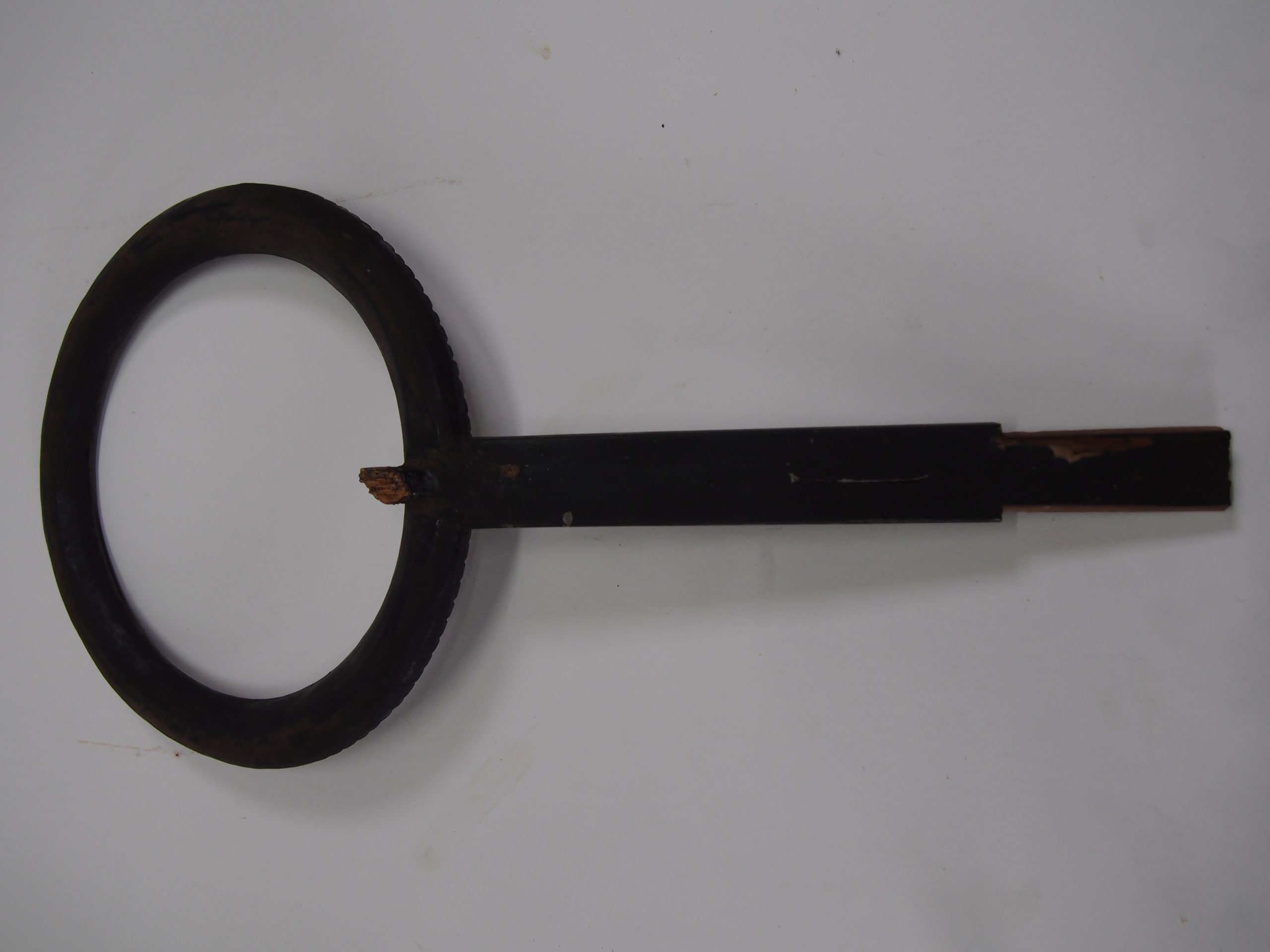 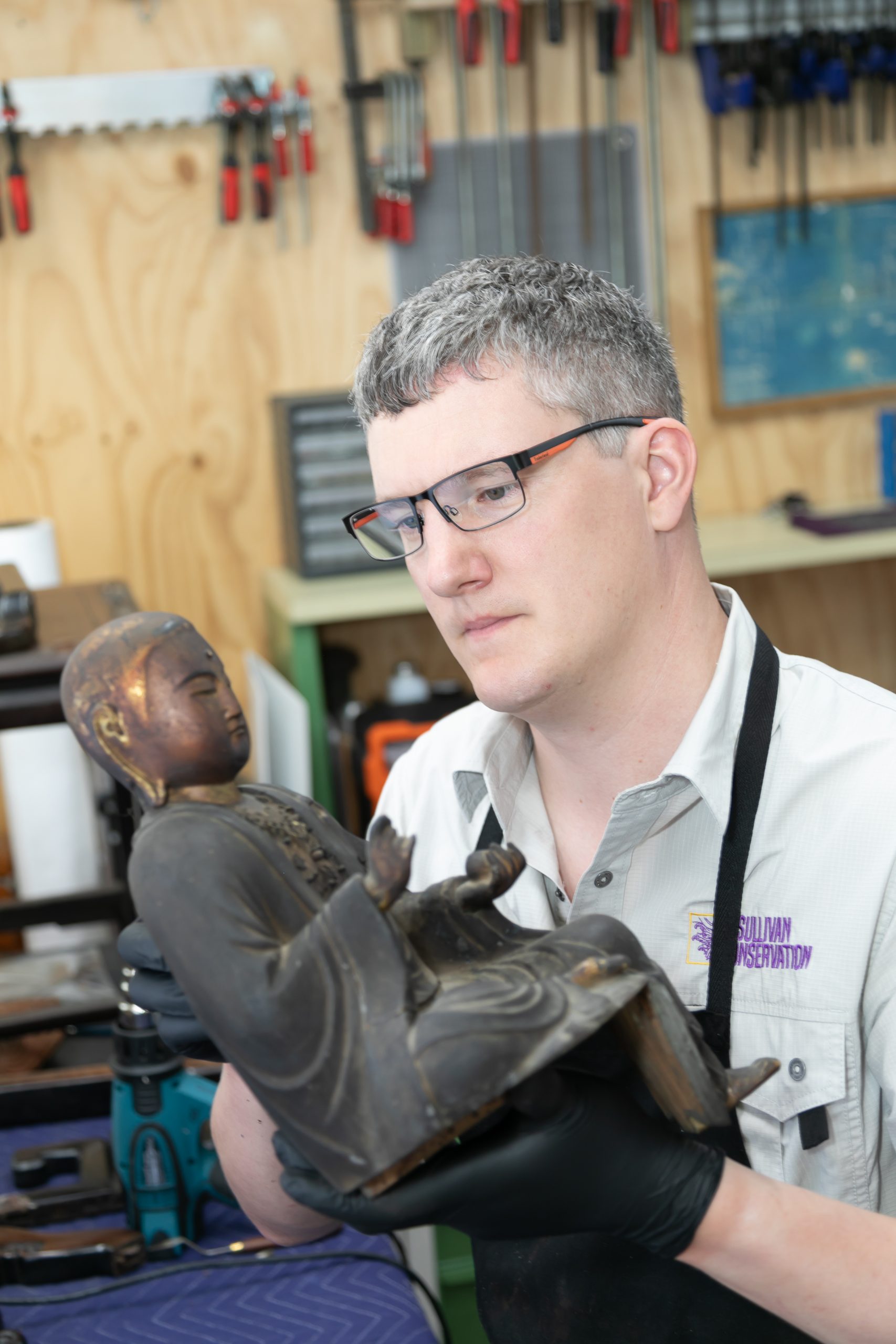 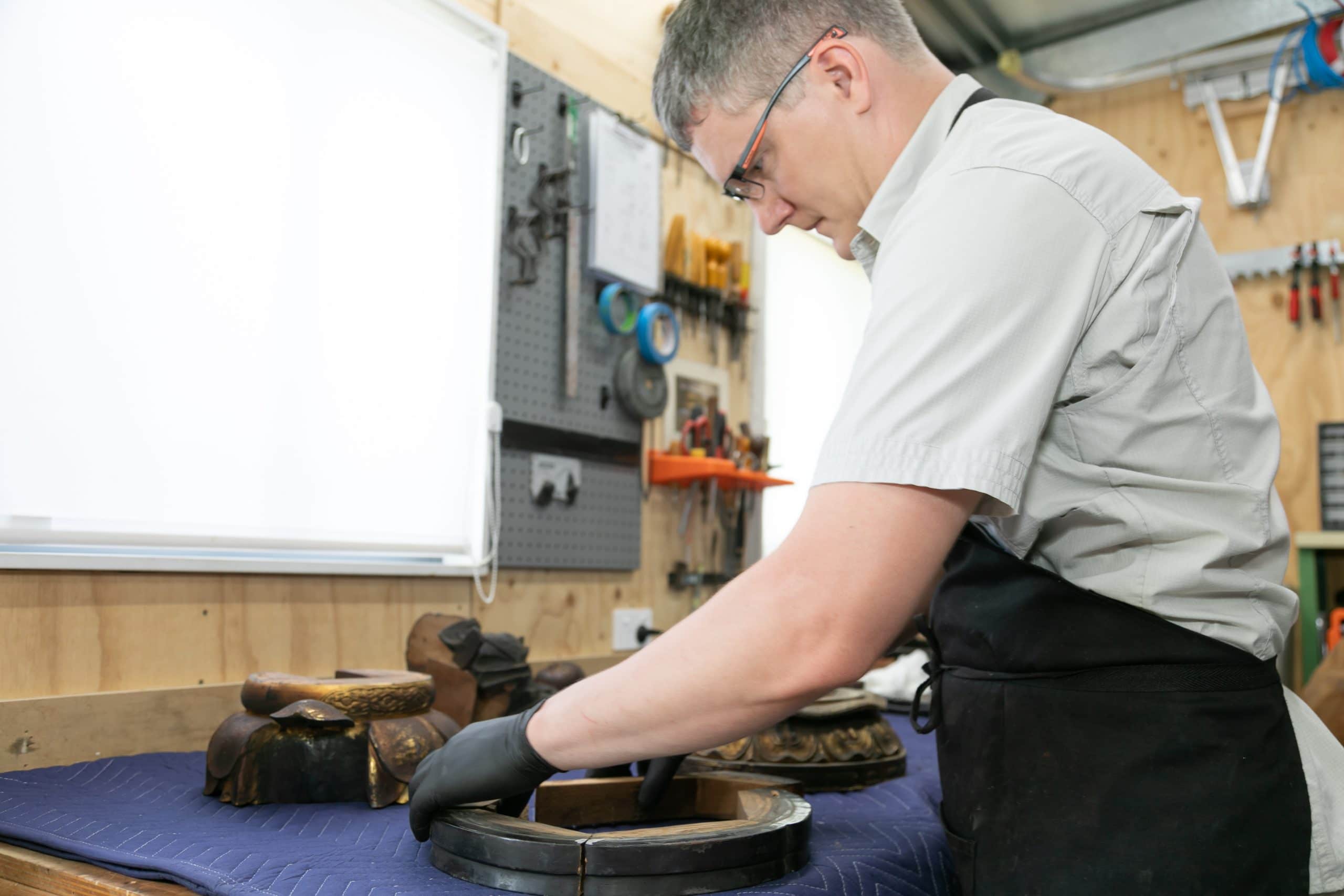 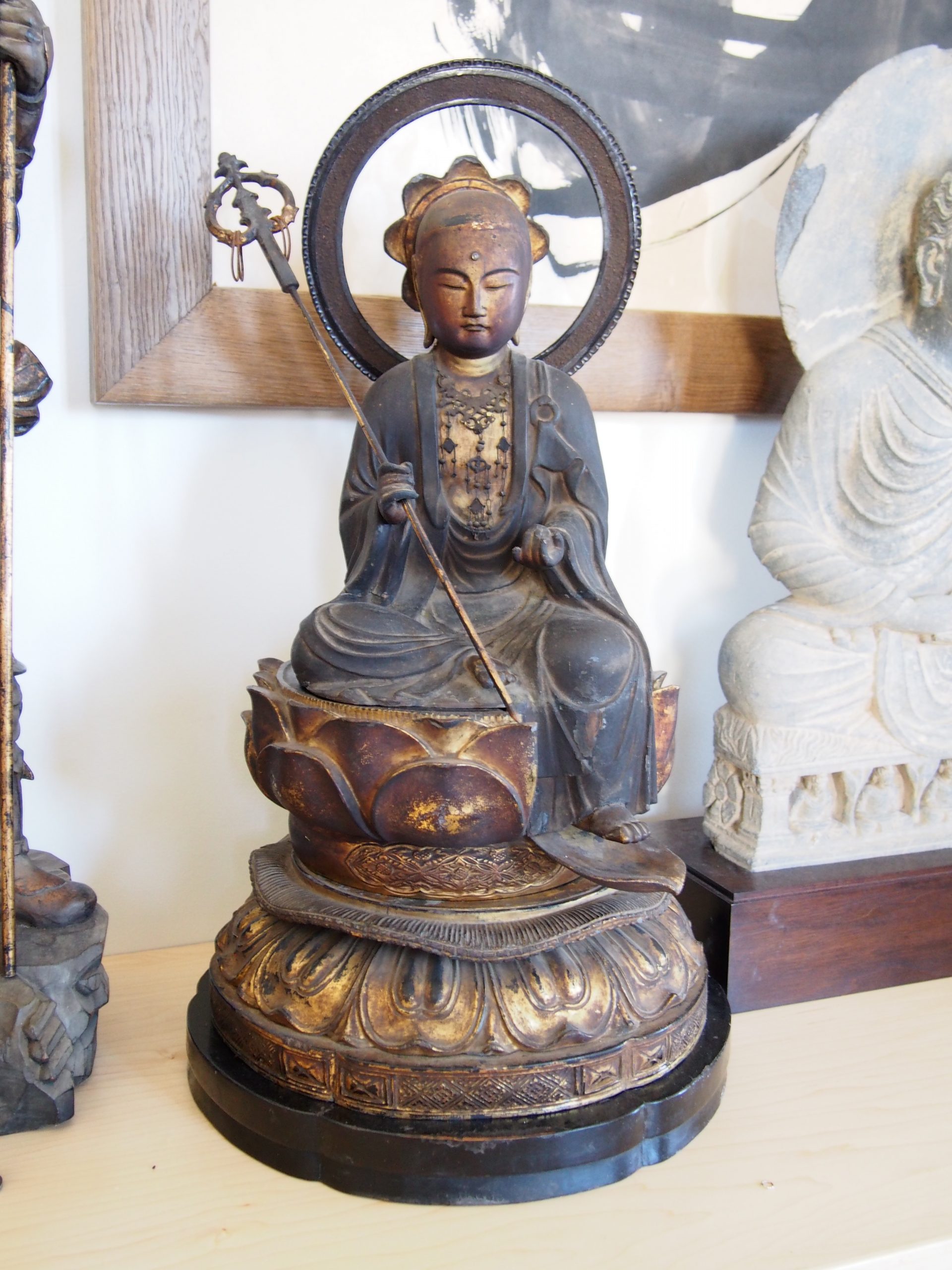 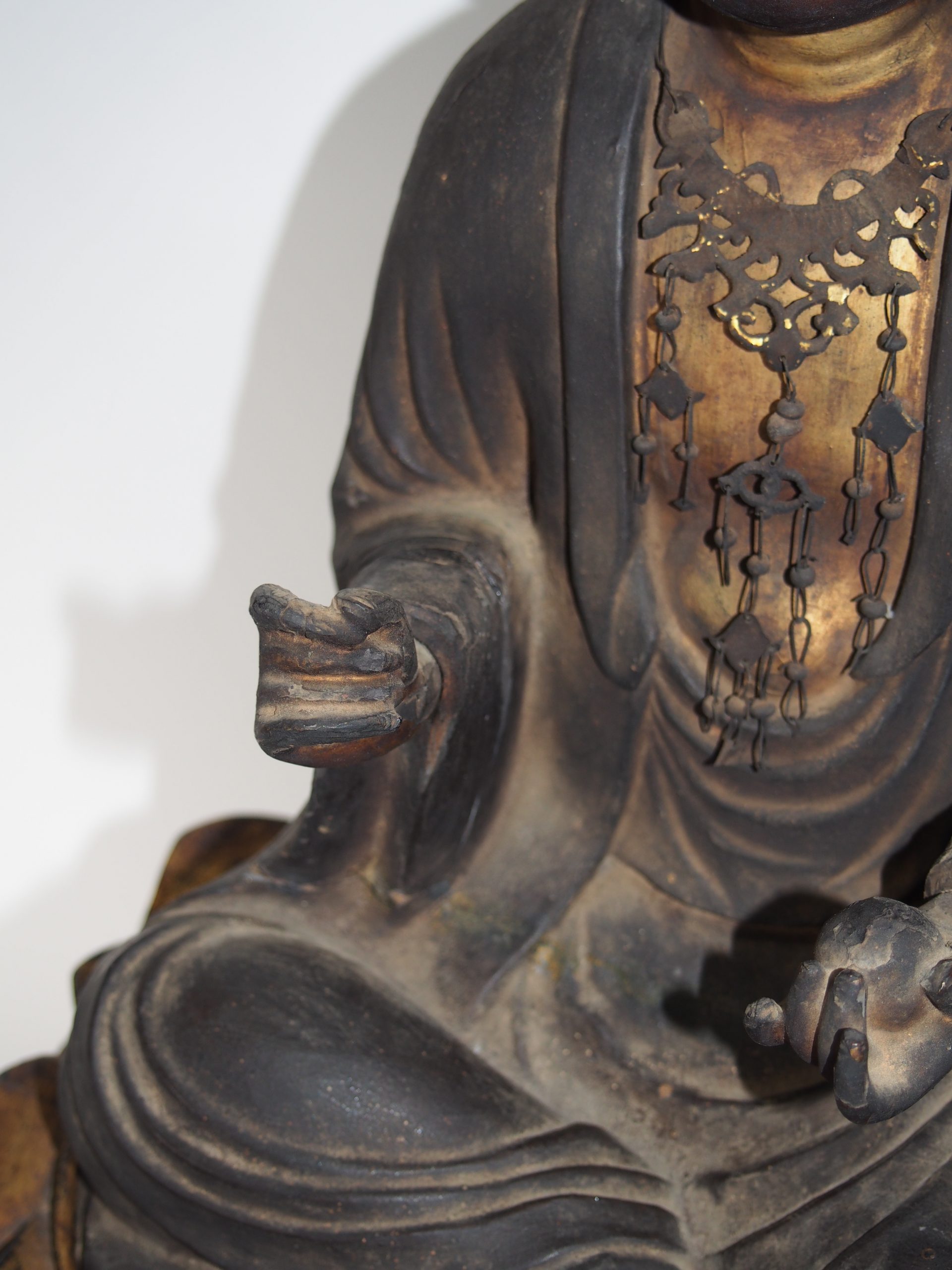 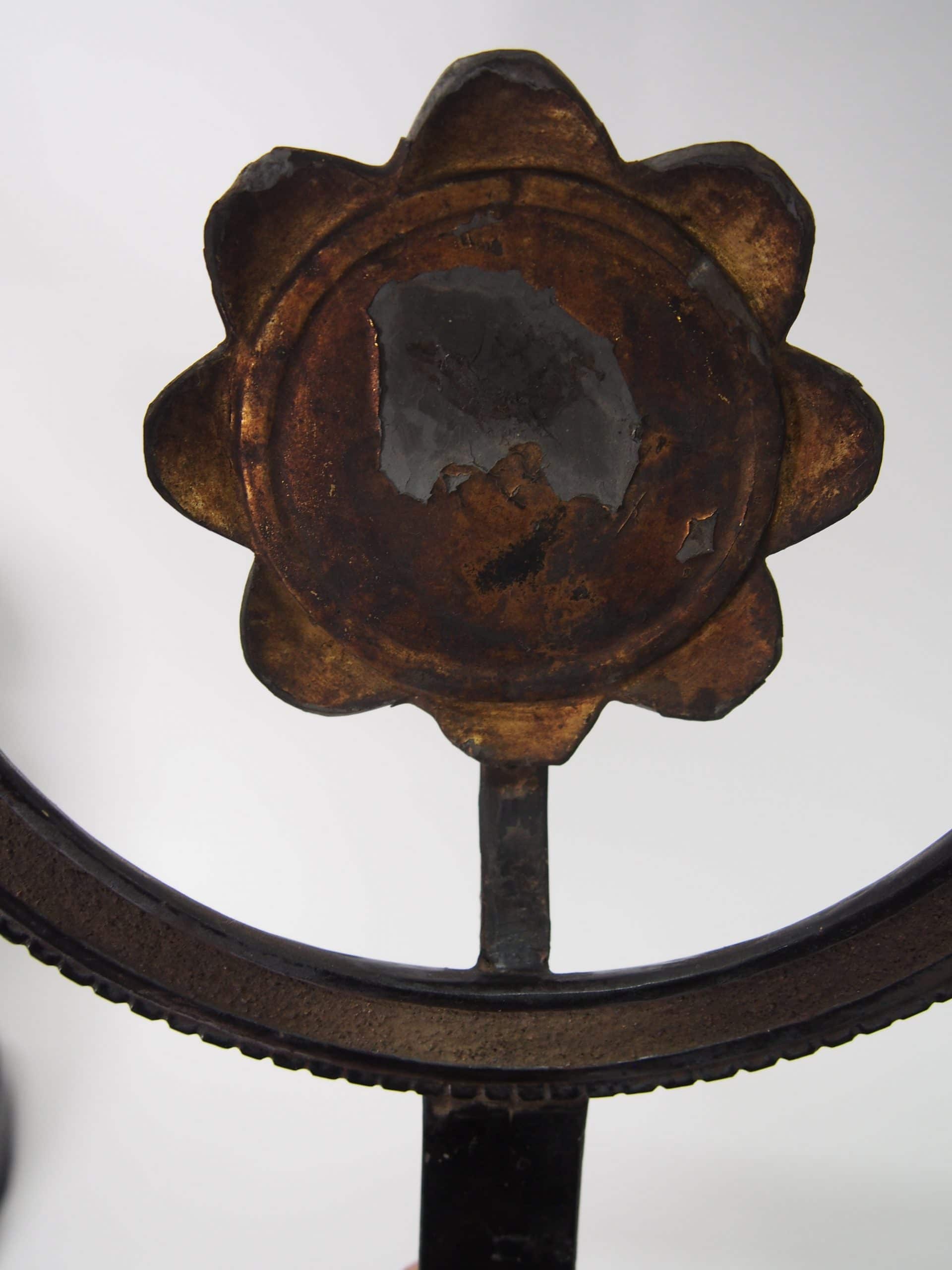