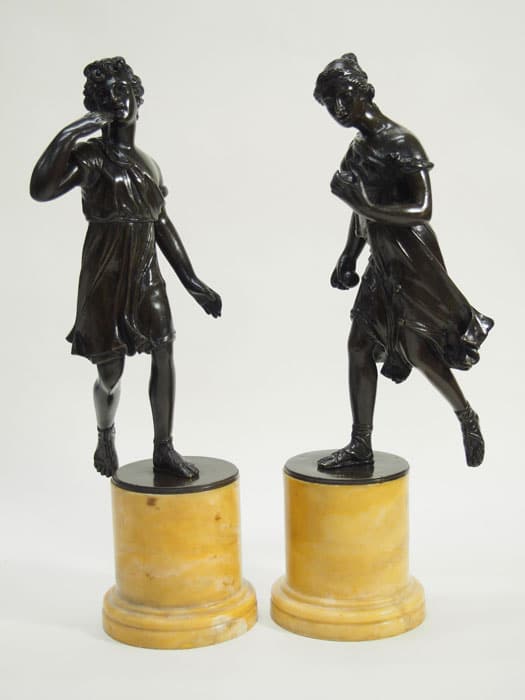 O’Sullivan Conservation was engaged to clean and conserve a bronze figurine of Atalanta on a cylindrical marble plinth (along with a matching figurine of Hippomenes) by a private collector. The figurine had a noticeable layer of dust and exhibited minor areas of corrosion, overpaint, and patina loss. The plinth was dulled by a layer of darkened wax and had several chips, including one with a noticeable previous repair. Most significant was that the figurine arrived at the OSC workshop separated from its plinth, as a damaged threaded rod in the figurine had led to its detachment from the plinth.

The damaged thread on the figurine was repaired and the threaded rod and nut were replaced with a slightly larger set that was shaped and patinated to match. The figurine was brush vacuumed to remove dust before being cleaned. Overpaint and corrosion were mechanically removed. The plinth was cleaned; the losses to the stone were infilled and inpainted and the previous repair was reset. All components of the object were waxed and buffed separately prior to reassembly.

The completed figurine was returned to the client along with a brief treatment summary. 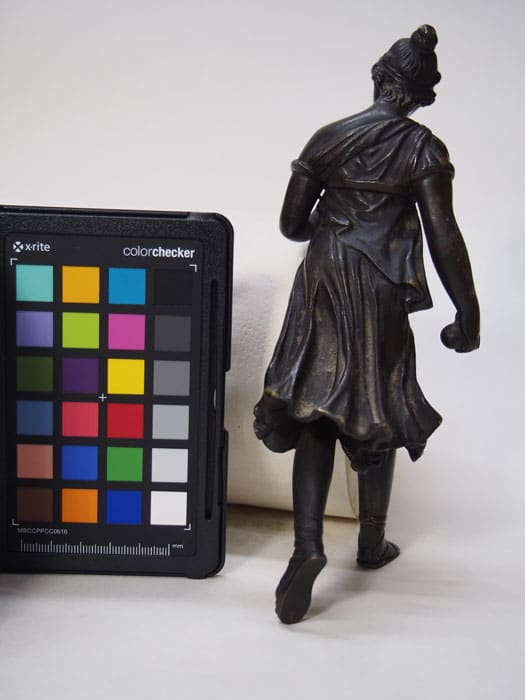 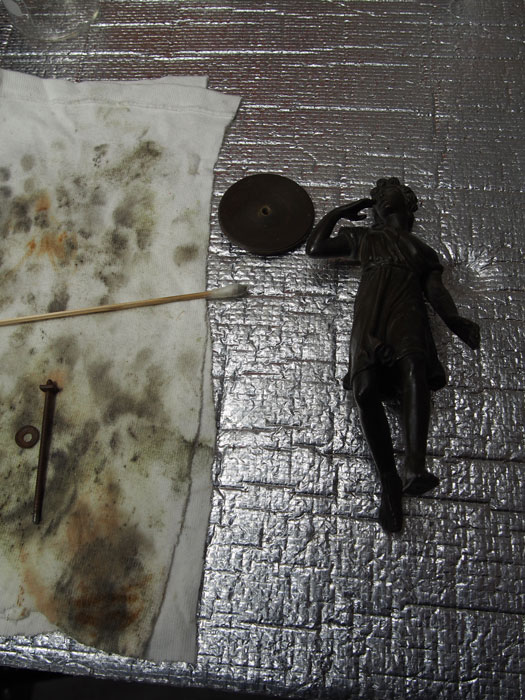 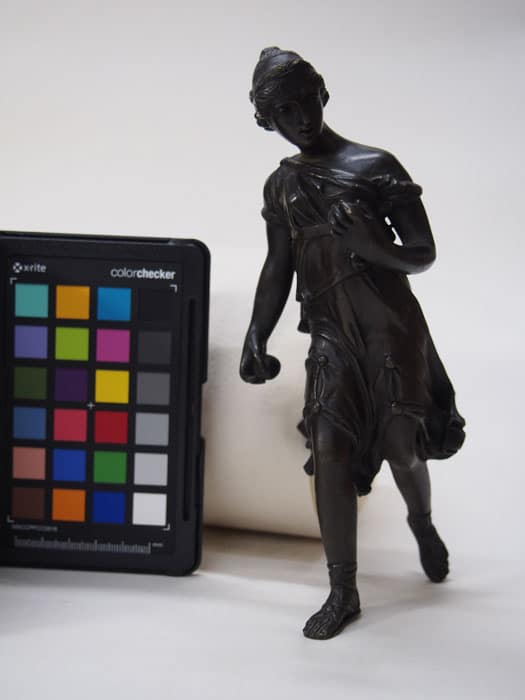 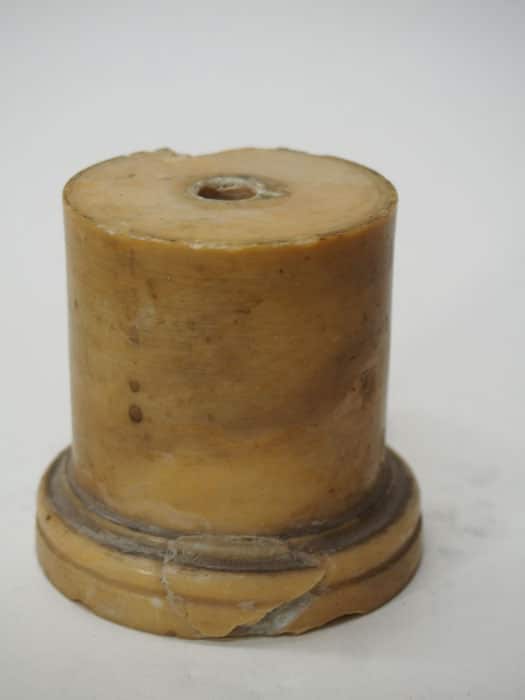 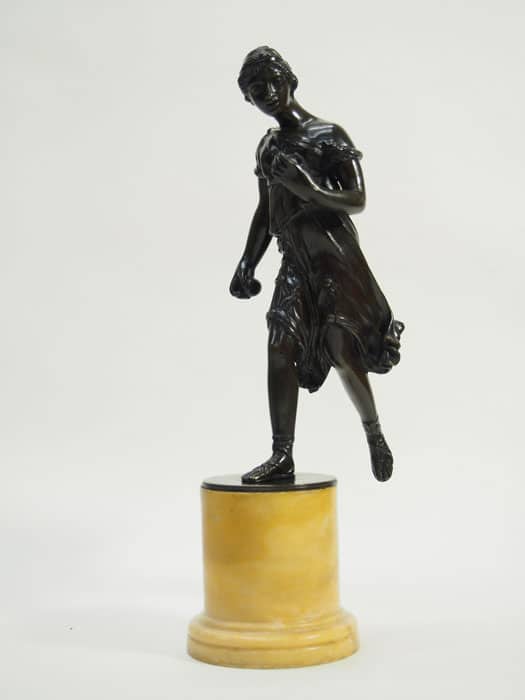 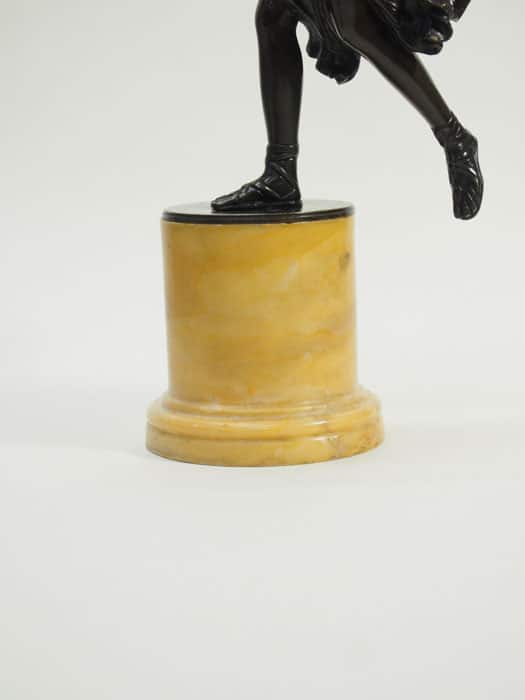