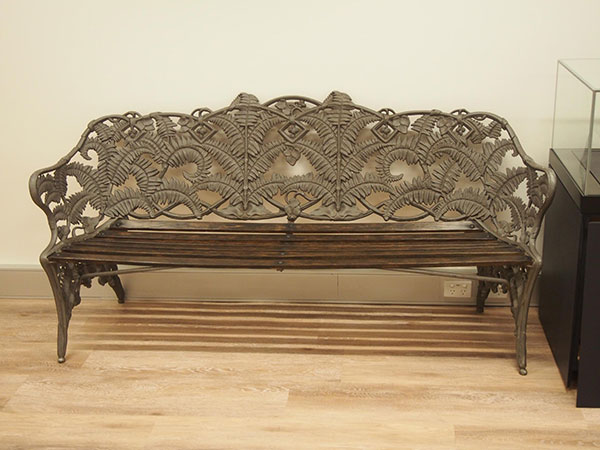 O’Sullivan Conservation was engaged to conservation treat four pieces of Coalbrookdale Company garden furniture held in the collection of the Congregational Archives of the Sisters of Charity of Australia. The set included four cast iron benches, three with slatted wooden seats and one with a cast iron seat. The benches were examined on-site with reference to a Statement of Significance provided by the Sisters of Charity in order to develop a treatment plan.

The pre-treatment condition of each bench was carefully documented in photographs before conservation work began. The benches were then carefully cleaned to remove accumulated dust and surface contaminants. The stability of the three timber seats was assessed, and all were determined to be structurally sound. The existing failing non-original paint was removed from the timber and small losses were filled with pigment hard wax fillers and water-based wood filler. Multiple coats of shellac were then applied to the wood, followed by a coat of wax and a light buffing.

Corrosion of the nuts and bolts securing the timber slats was removed mechanically. The areas where corrosion was removed were dewatered and coated with a rusticide before being rinsed, waxed, and buffed. All the cast iron components on the benches were washed with a solution of water and non-ionic detergent before being allowed to air dry. The ageing and slightly friable micaceous iron oxide surface coating was then spray-coated with a clear water based consolidant.

The largest bench, a Fern and Blackberry patterned three-person with a timber seat, had previously suffered extensive repairs to the backrest and had been cold-repaired in multiple places. One of these repairs had failed and a screw was missing from another. The failed repair was stabilised with nylon-coated stainless-steel wire, and the screw replaced and painted to match the surrounding finish. O’Sullivan Conservation gave specific advice for the placement and use of this bench in addition to the general care, cleaning, and handling recommendations provided for all. 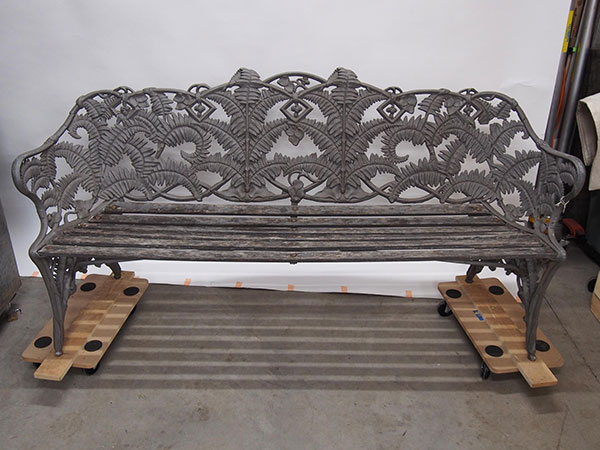 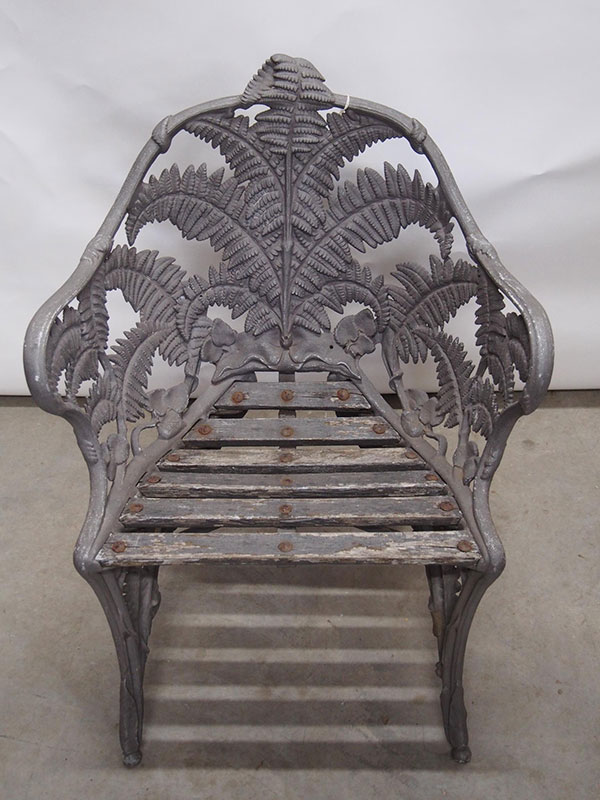 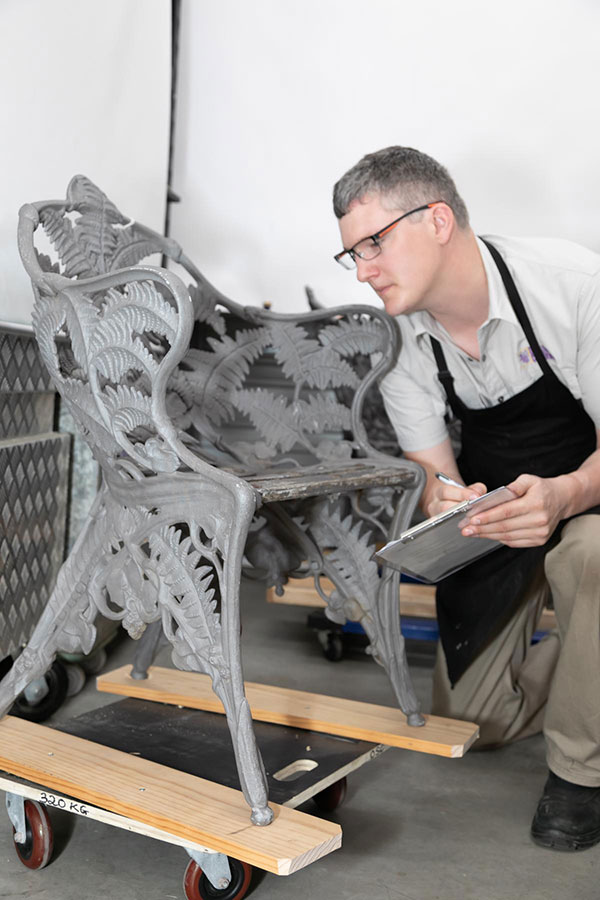 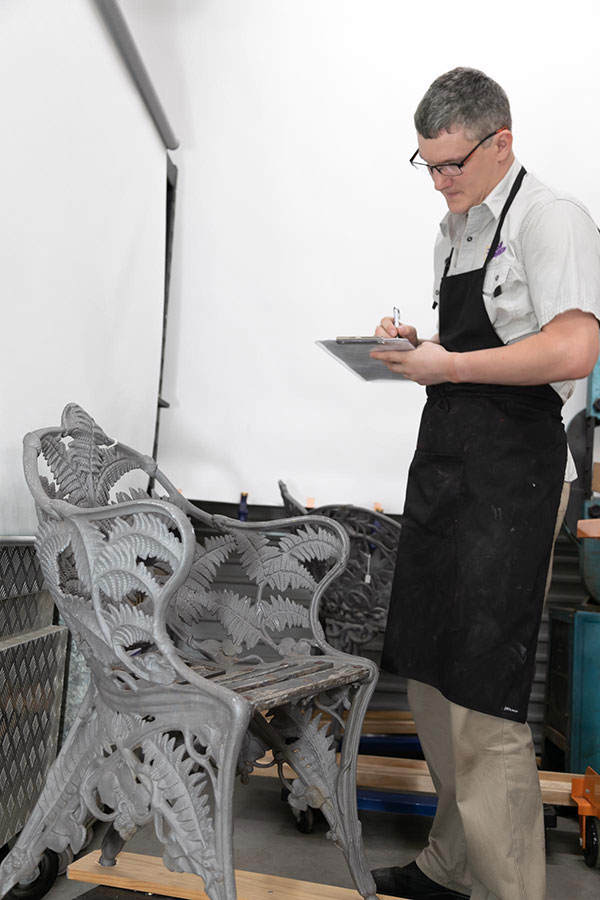 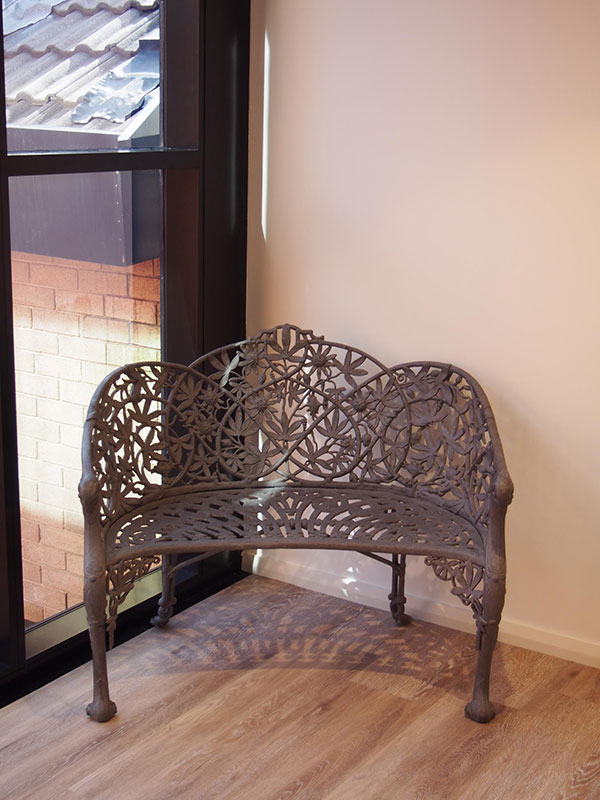 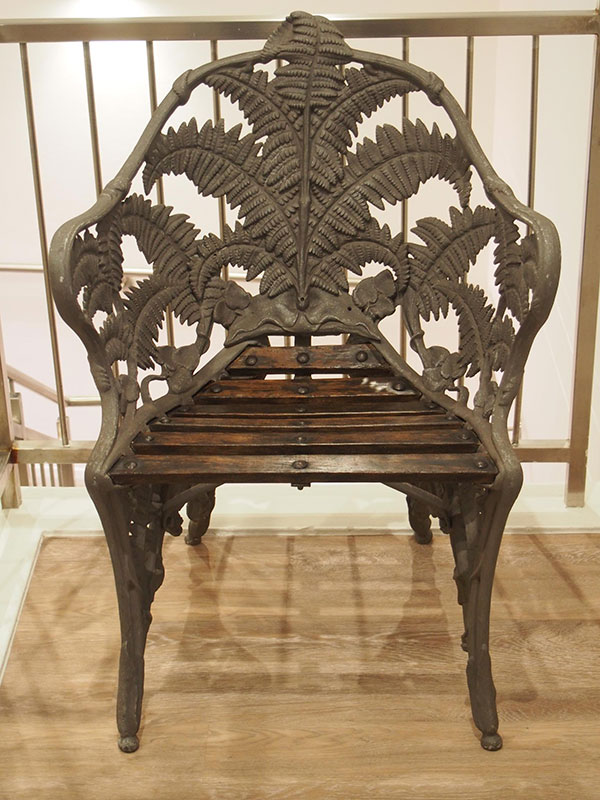 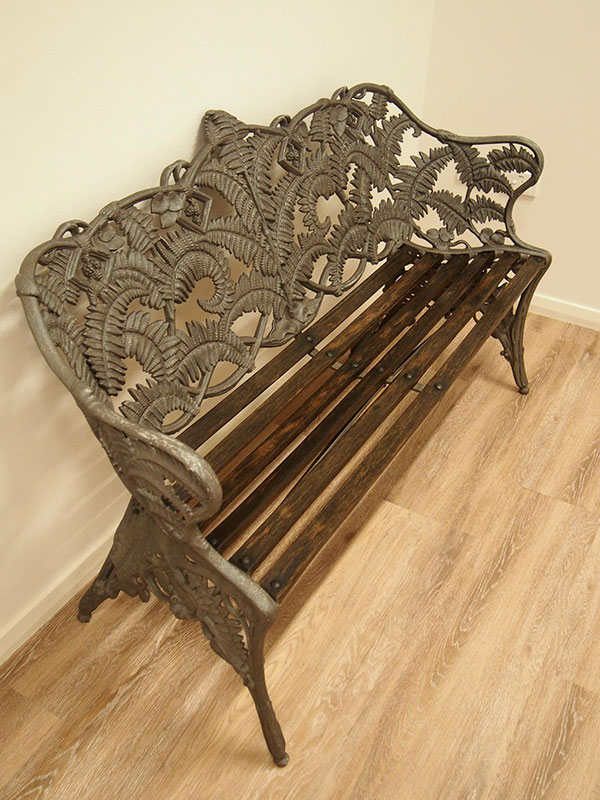