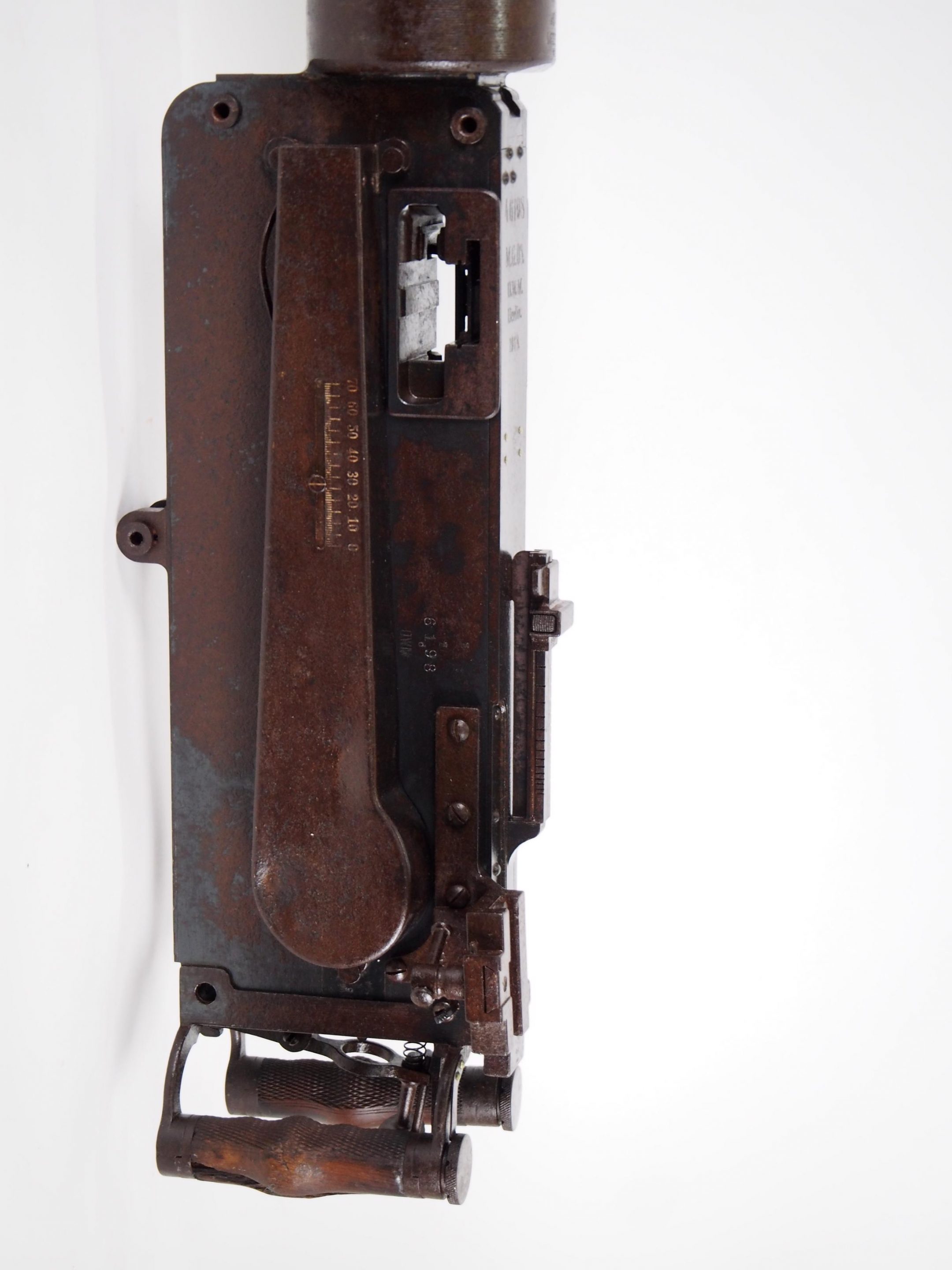 The Bonville Memorial Hall Trust is the custodian of two World War I German machine guns (maschinengewehr), a MG 08 heavy and a MG 08/15 light gun. The MG 08/15 was captured on July 4, 1918 at Vaire Wood in France by the 13th Battalion and brought to Australia the following year on board the SS Coo-ee. O’Sullivan Conservation (OSC) was engaged by the Trust to undertake a conservation treatment of both guns.

The guns were transported to the OSC workshop in February 2020 for treatment. A condition assessment revealed that multiple components were missing from the guns, and particularly from the MG 08/15 (light); this was considered to be the as-found condition and was not included in the scope of treatment.

Following initial documentation, the front and rear wall mounting brackets present on both guns were removed. Each gun was then brush vacuumed before being closely examined for moving parts. These were carefully released where they had seized, and each area was lubricated to enable future manipulation of the mechanism. Both guns were partially disassembled to allow for manual corrosion removal and treatment. All components were then examined under a black light for evidence of additional inscriptions.

Manual removal of non-original paint splatter was conducted on the heavy gun. Components of the light gun had sustained previous damage, and the bore was cleared of debris which were retained as likely results of field service. A corrosion inhibitor was applied to exterior of the MG 08/15’s barrel and the interior of the receiver box and the metal elements of both guns were dewatered and coated with of fish oil. The MG 08’s turned wooden handles and the 08/15’s shoulder stock were cleaned and waxed, and all components of both guns were buffed prior to reassembly.

The guns were packed and returned to the Bonville Memorial Hall by OSC, where they were stored pending reinstallation. A full treatment report including recommendations for future care and maintenance was provided to the client following the completion of treatment.

Additional information about the Memorial Hall and the guns can be found on the War Memorials Register at the following link: 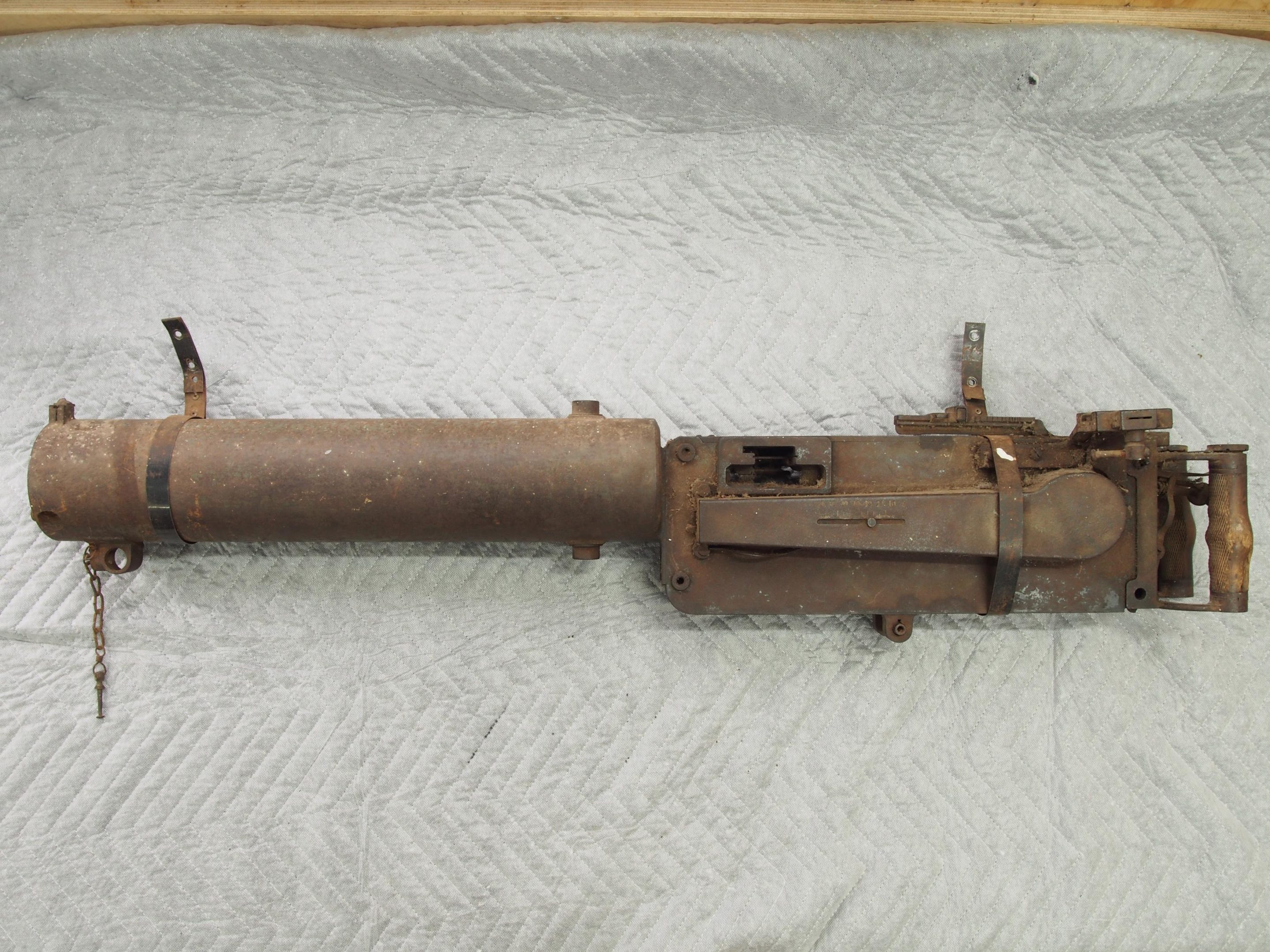 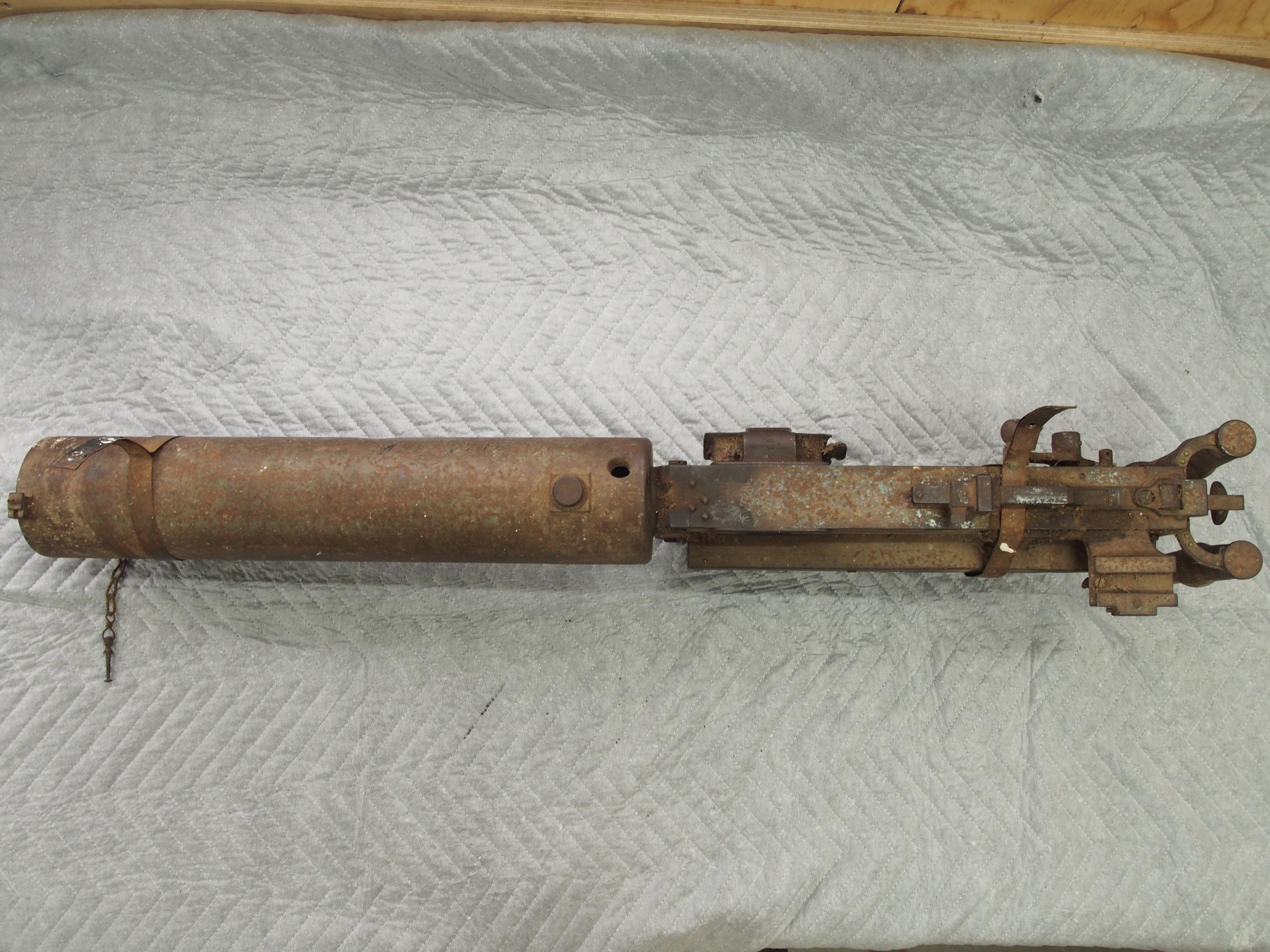 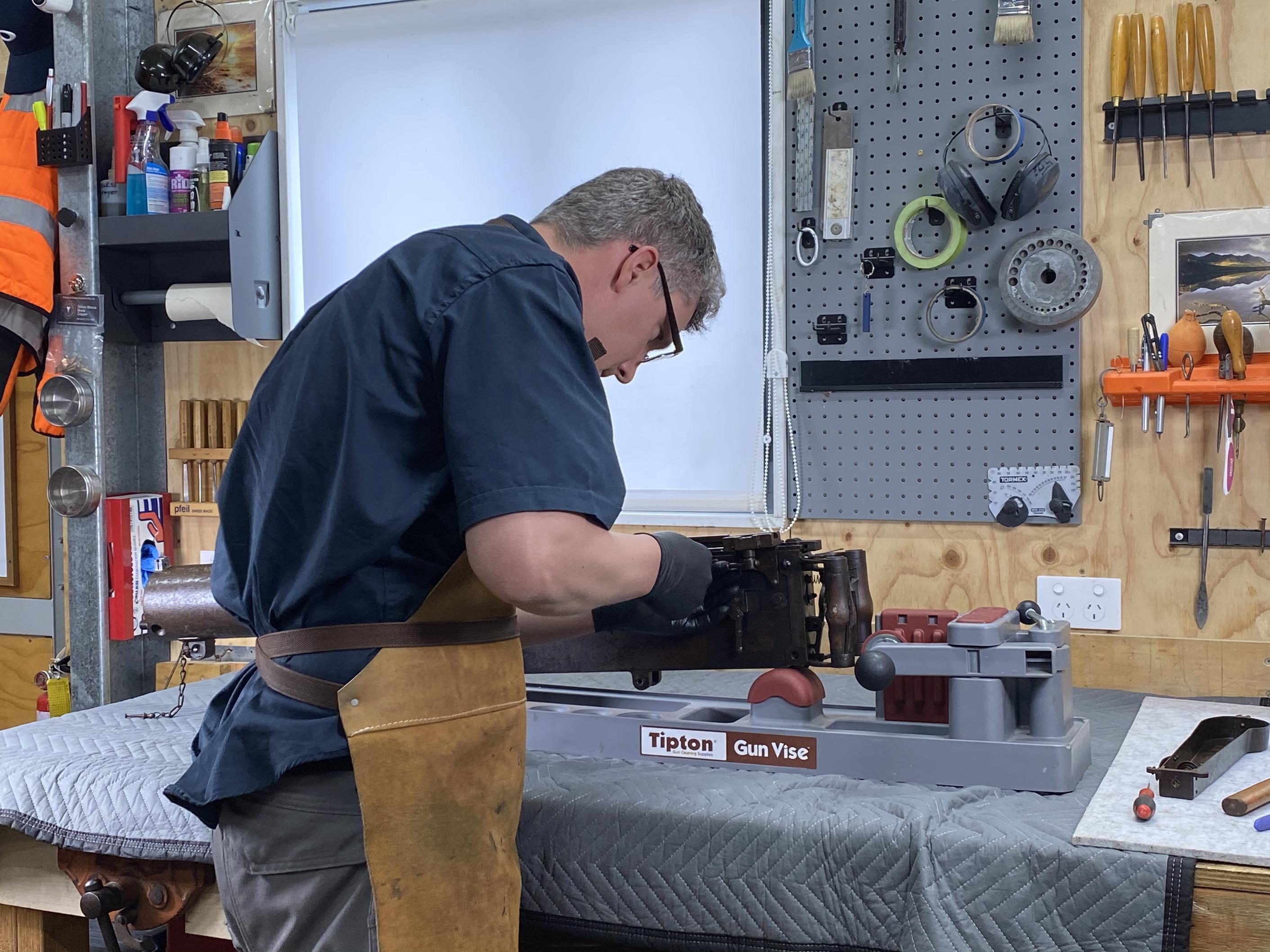 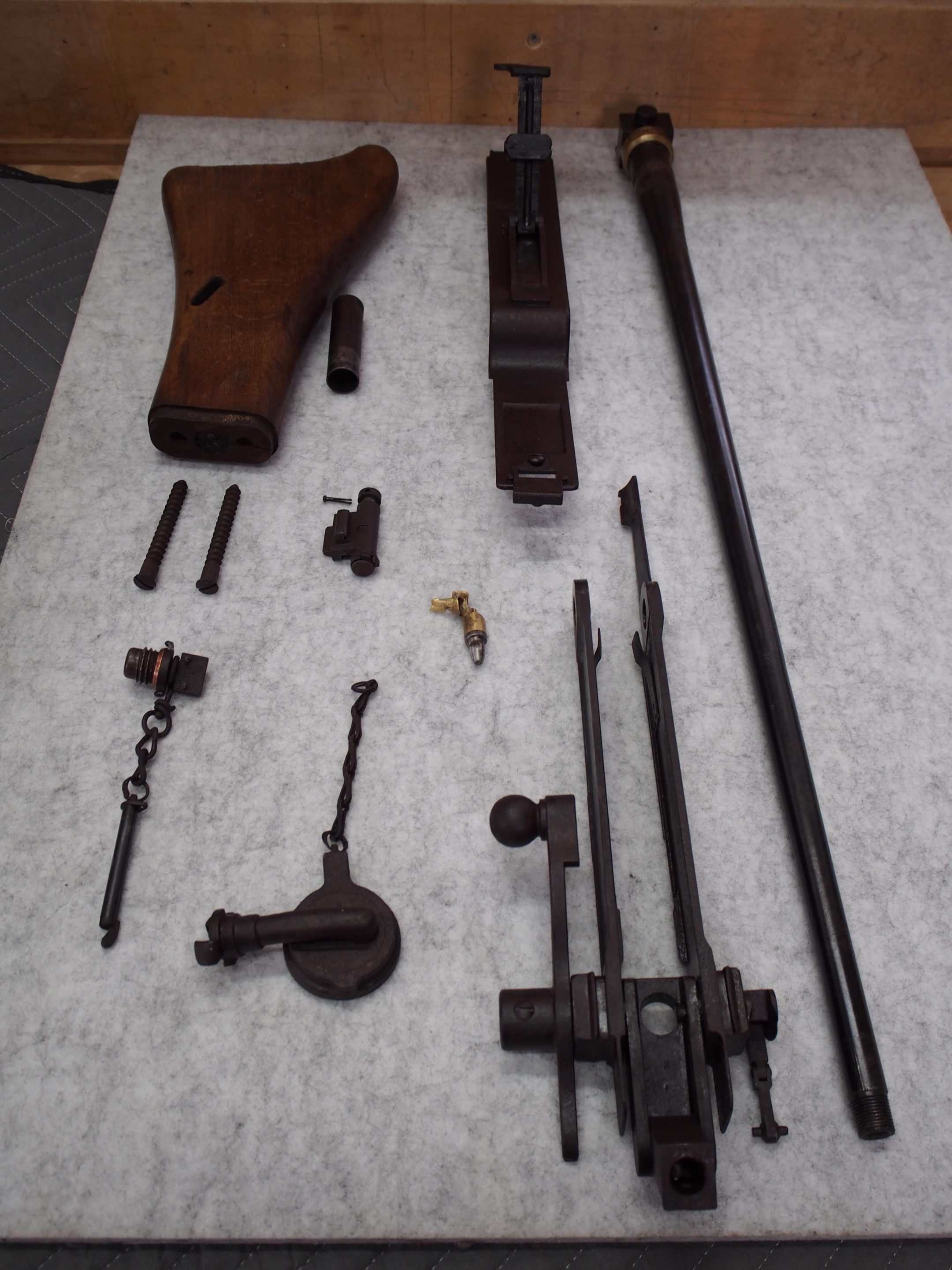 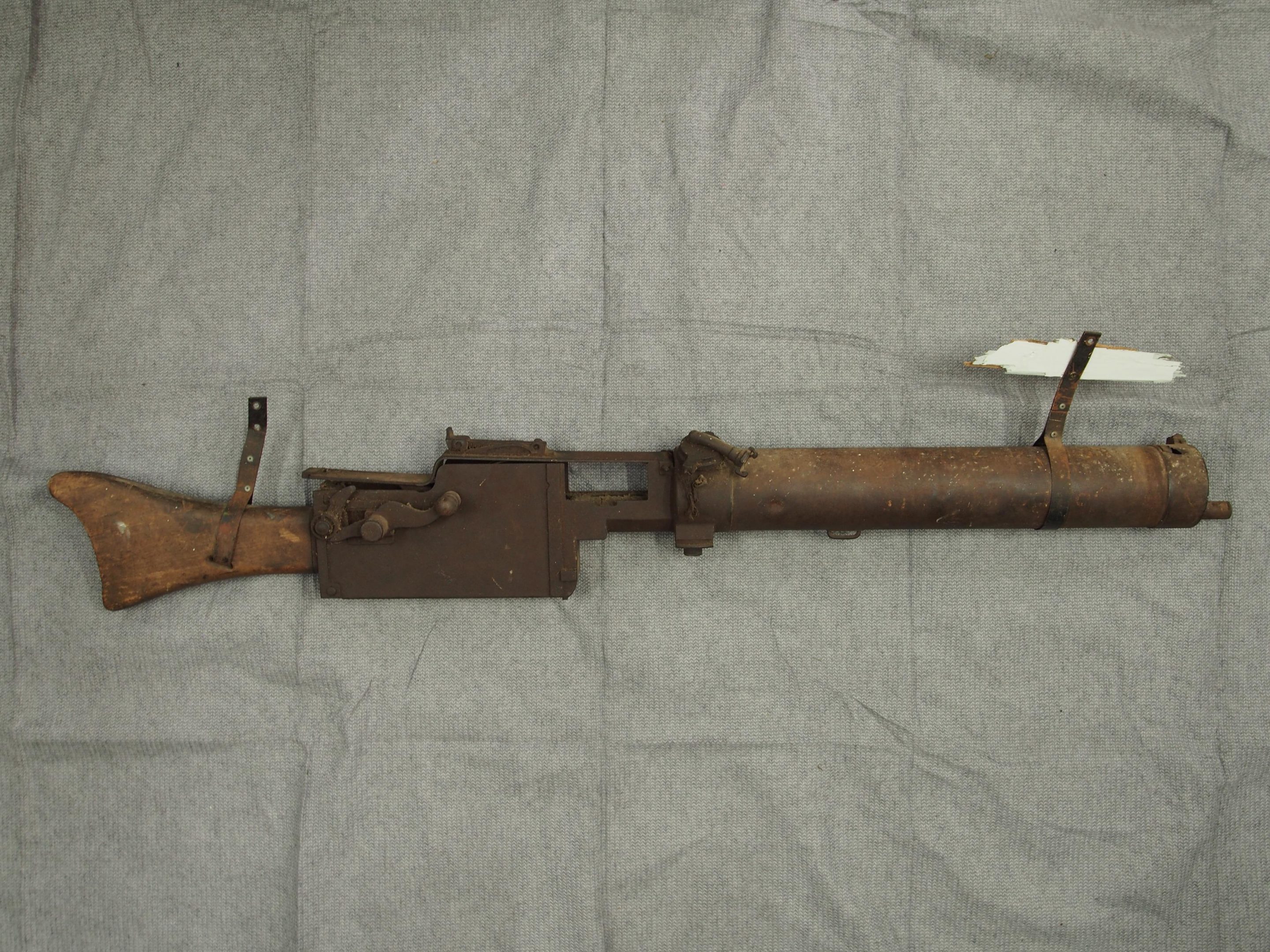 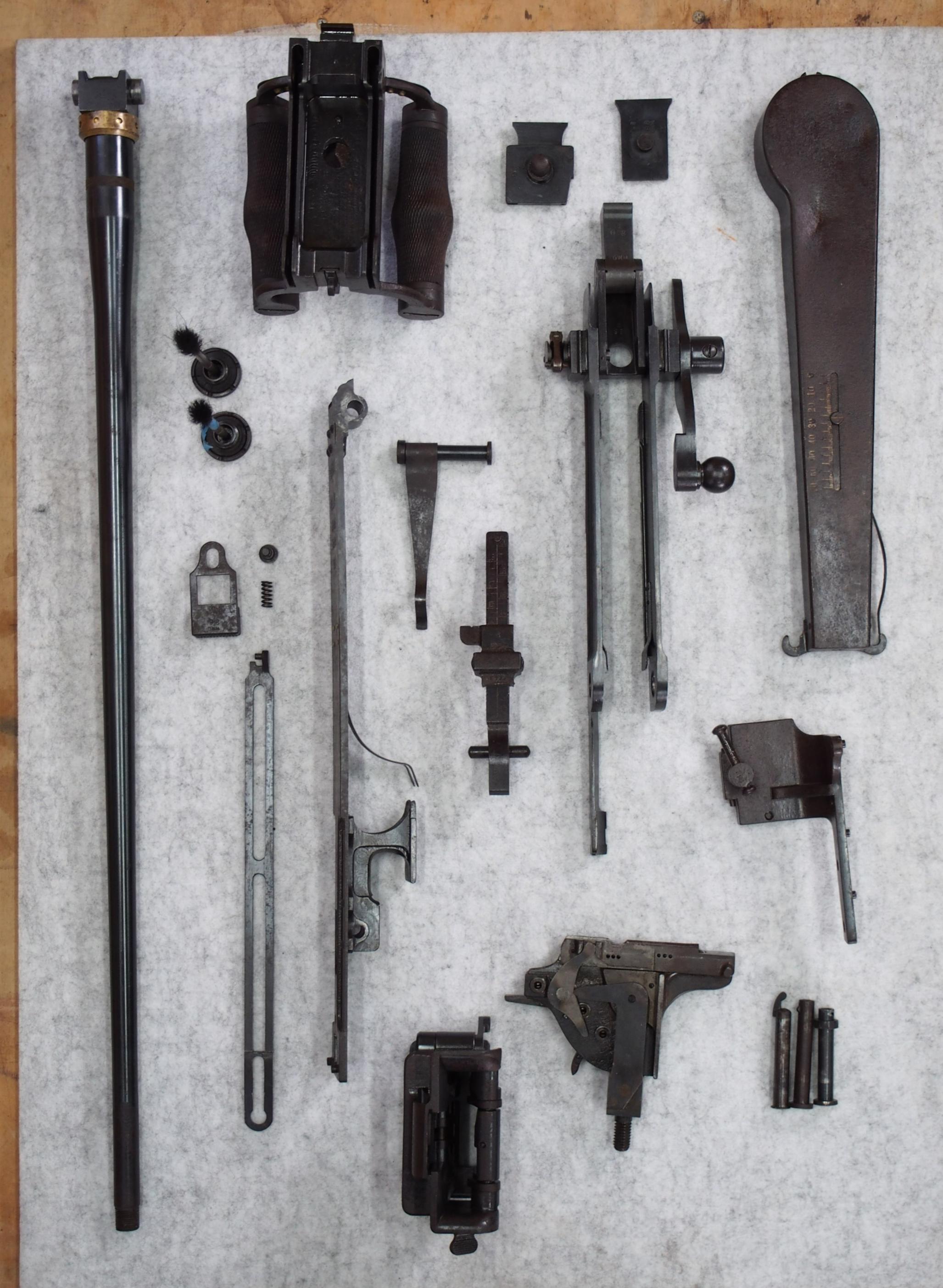 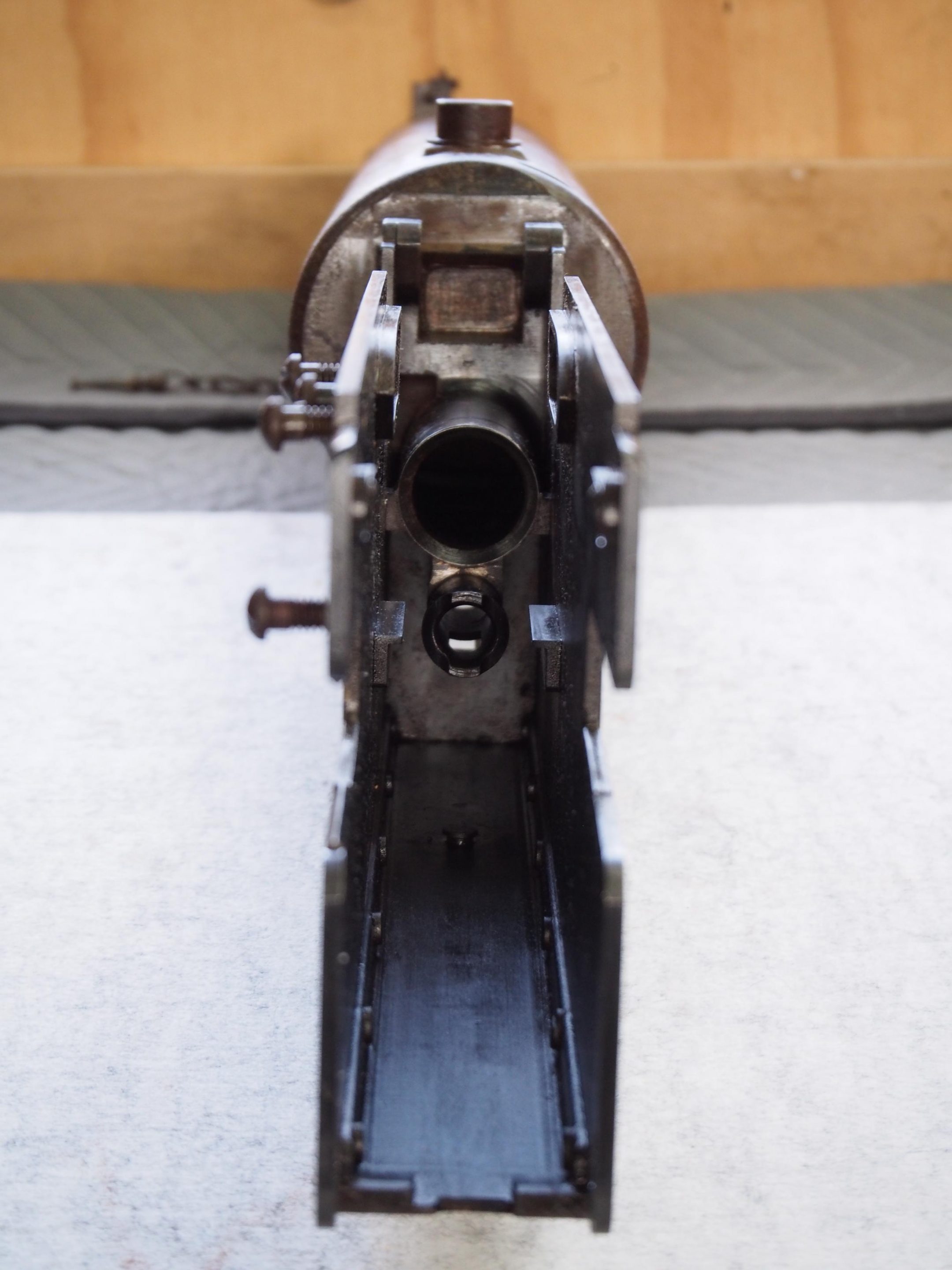 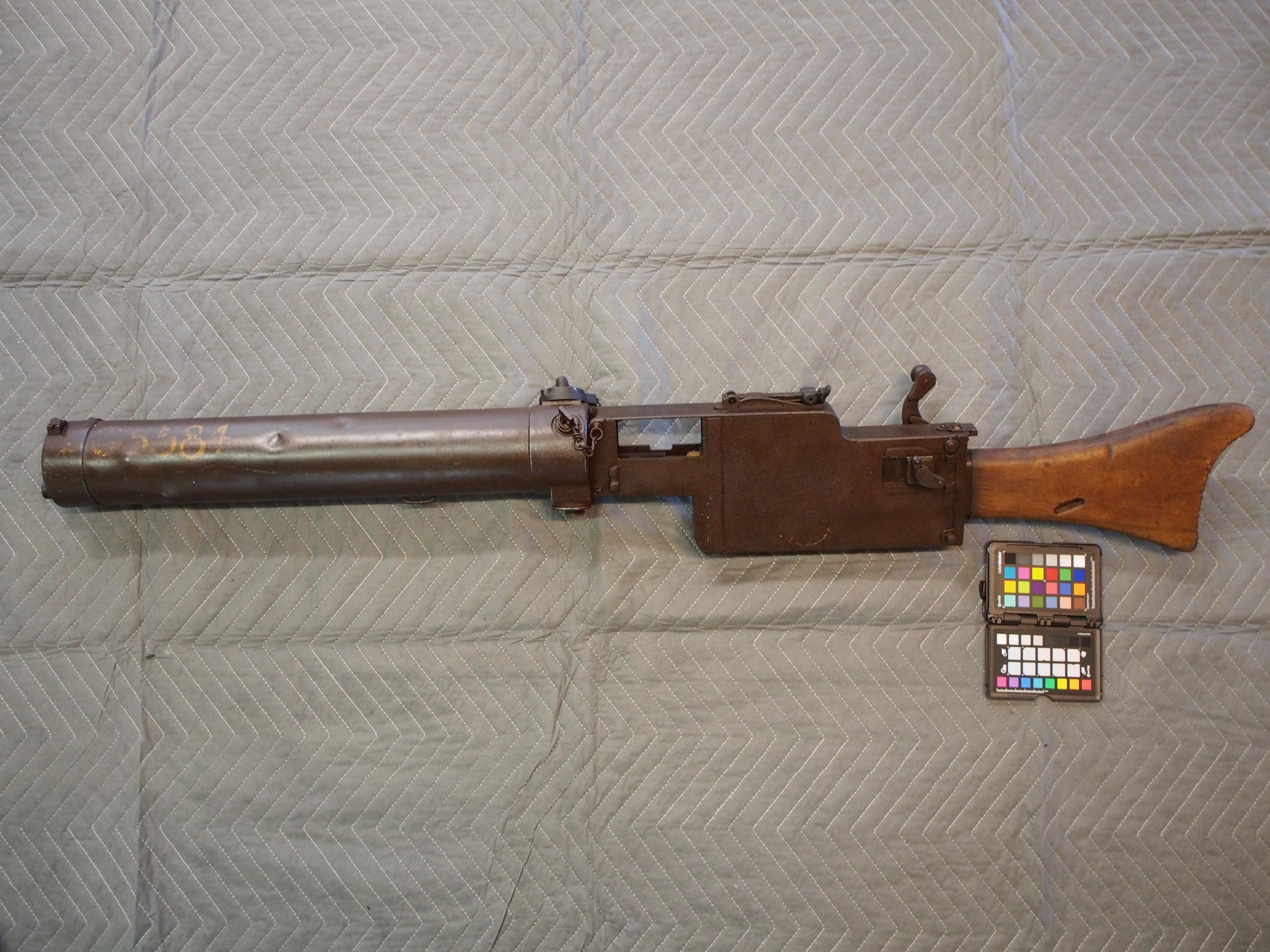 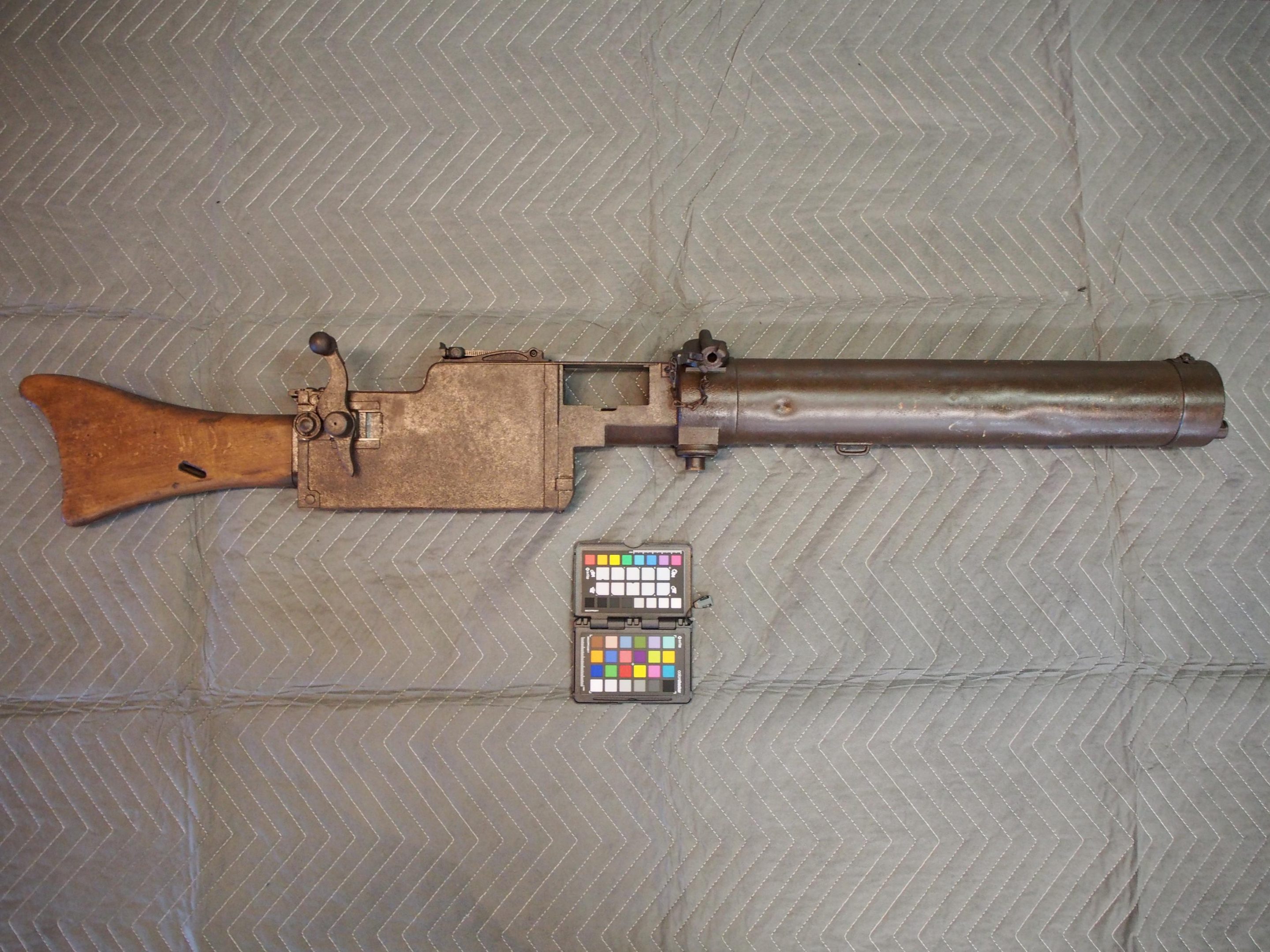 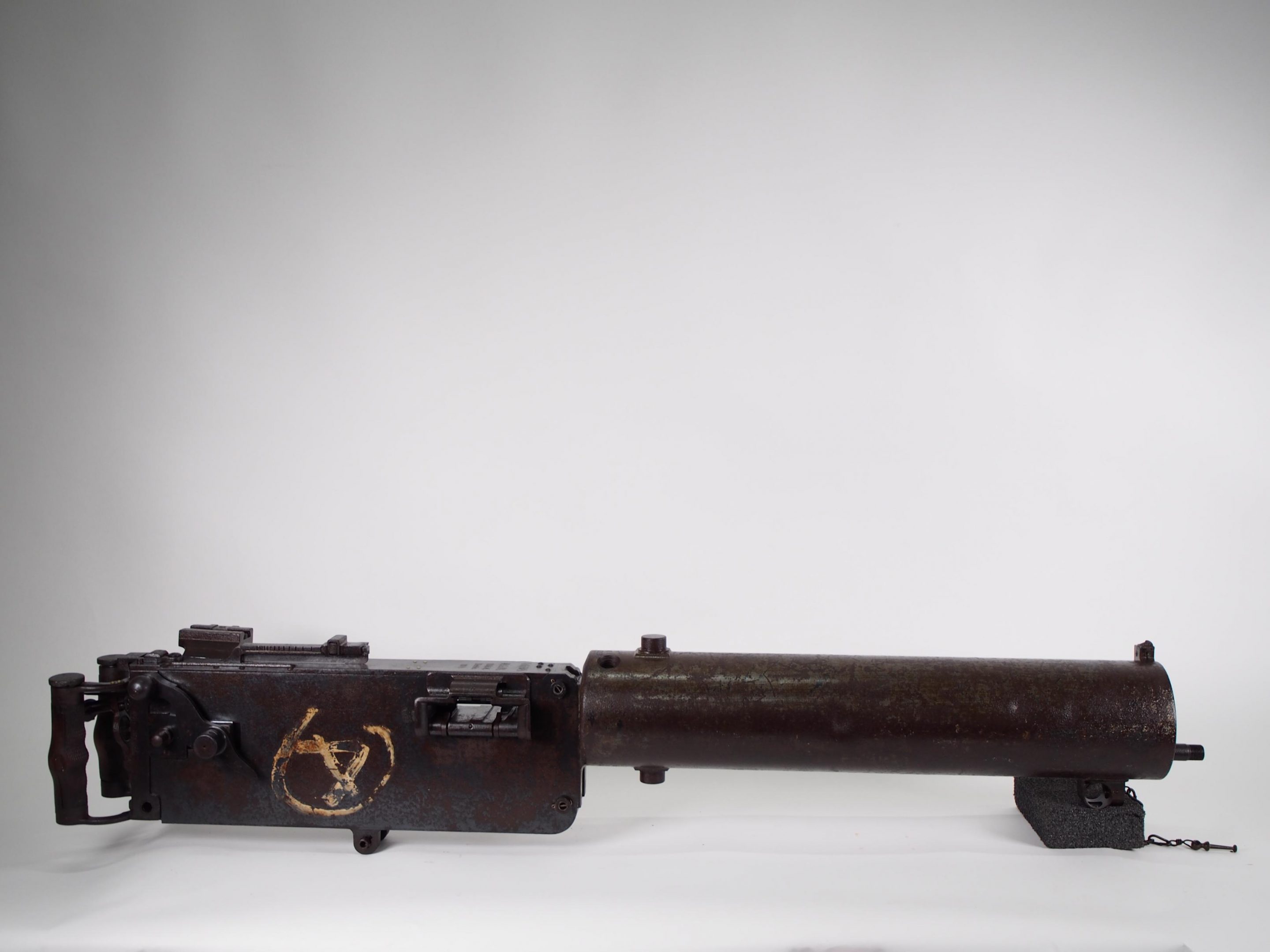